An Inkling in Oxford 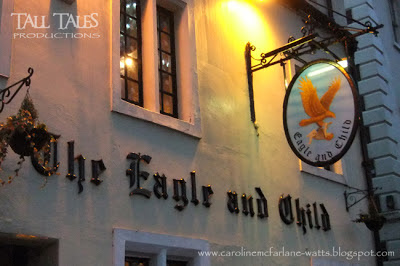 Wondering in which Tudor corner of Oxford I took shelter yester-evening as I sipped hot mulled cider? I'll give you an inkling... it was the very pub that J.R.R Tolkien and C.S. Lewis and other members of their writers' group the 'Inklings' congregated at the time The Hobbit and The Chronicles of Narnia were conceived and written.

Despite seeing 'The Hobbit - An Unexpected Journey' at an industry screening last week in Soho, London, I ventured into the beautiful city of Oxford from my very own shire to see it again at the much talked about 48 frame rate. Afterwards we walked all of 20 yards to the famed pub - 'The Eagle and Child' to sit at the fireplace where it all began. Dating back to 1640 (which is younger than the house in which I was raised), the charming narrow little pub has the familiar low doorways, paneled rooms, monks-benches and fireplaces I love and miss when in LA.
It was brilliant fun chatting about the script for 'Myrtle the Witch' over drinks - at the same fireplace and perhaps the same chairs that were once filled by the fantasy greats.

Take a look at some pictures we took in Oxford. The snowy Oxford scene was not taken by us but so gorgeous I wanted to include it for those not familiar with the city. 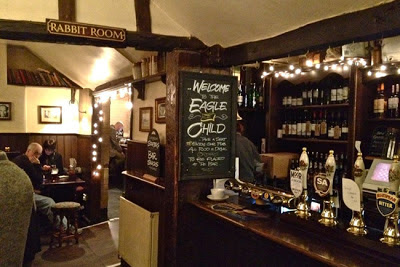 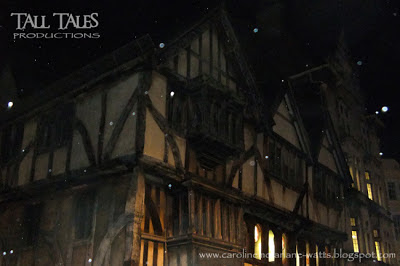 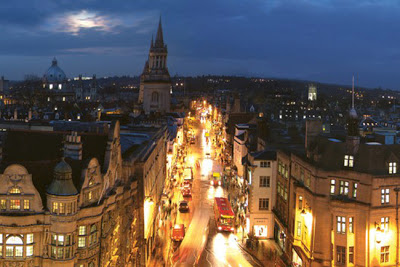 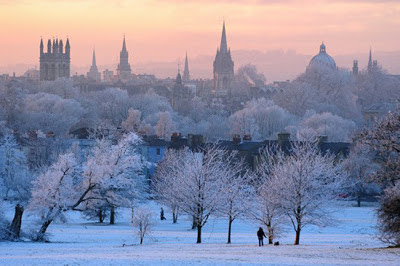 Posted by Caroline McFarlane-Watts at 07:17

Email ThisBlogThis!Share to TwitterShare to FacebookShare to Pinterest
Labels: CS Lewis, my life, Oxford, the eagle and child, the hobbit, Tolkien, united kingdom