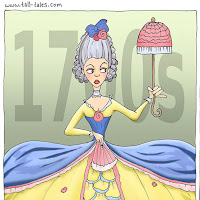 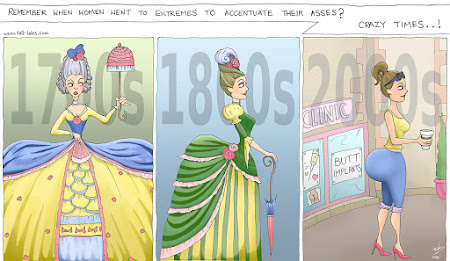 In other news, I am working on my next character for 'Good Witches Bad Witches' (bit slowly as I've had other things to juggle) and she'll be up here soon.  kim kardashian butt implants ass coco ass
Posted by Caroline McFarlane-Watts at 13:24 3 comments 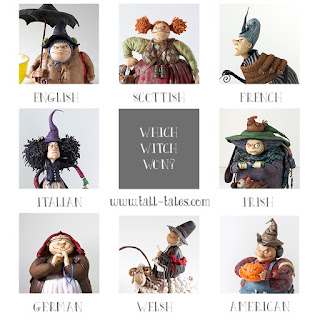 You know how I love to have fan involvement, getting feedback for character design on 'Good Witches Bad Witches' etc. It's great! I encourage your comments here and on the Facebook page and Instagram. I read them all.

Well 2 weeks ago I asked which witch should be next and got so many responses! I said I'd make whichever witch got the most votes, and now the results are in and I'll start on her tomorrow!

Scroll past these previous witches from around the world, and then look at the results below to see which witch won your vote!

Dutch / Netherlands 18 votes ... the WINNER. This will be the next witch made.
Russian 17 votes
Indian 16 votes

So, a huge thank you to you all for participating with your vote comments at the Facebook and Instagram pages. It's great to know that you care about the project 'Good Witches Bad Witches'!

The next with will be Dutch, as per your votes. Stay tuned...!
Posted by Caroline McFarlane-Watts at 20:33 4 comments 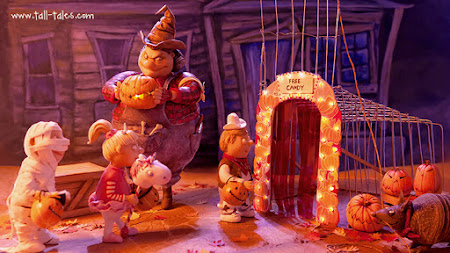 If you send your children off trick-or-treating and they call on the address of a witch, then you'd better be wary of who is being tricked. These children in Texas didn't fare so well.

Here's a promotional image from the in-development film 'Good Witches Bad Witches'! It's almost Halloween so it seemed appropriate!

Also, I know how people who enjoy my work like to see how things are made, so you can see some work-in-progress photos below. You may have noticed I don't post as many work-in-progress photos as I used to, but this is simply because I am holding back some content for the book. Still, there's plenty to see and don't forget you can see more on these other platforms -
the website, Facebook page, Instagram, Pinterest, Twitter.

For more photos of this Texan witch, see the last post all about her here. 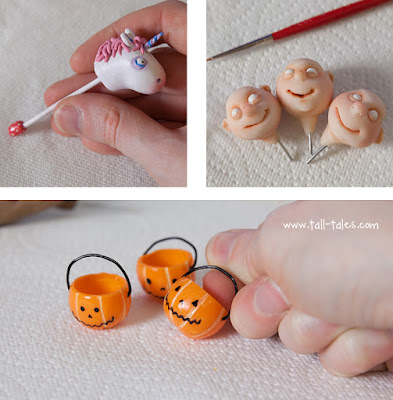 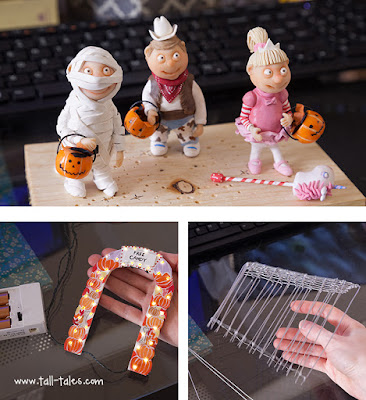 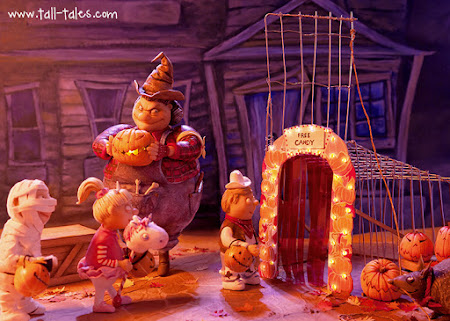 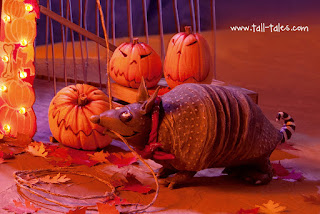 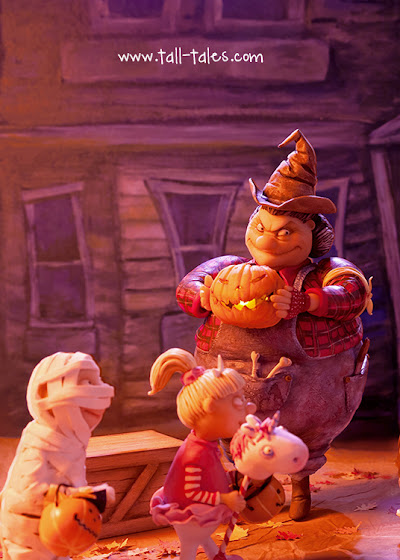 Posted by Caroline McFarlane-Watts at 15:58 2 comments 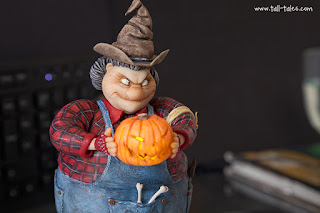 We have a meeting of worlds today - I finished my latest witch for 'Good Witches Bad Witches' and she joins the others - last photo below. She is American (Texan, specifically) and I really hope I've done her justice!

She stands at 5.5 inches tall and is a little more portly than I intended. She wears denim, a plaid shirt, cowboy boots, and a western style witch's hat. Her familiar is an armadillo (see, that's why I wanted to do Texas!) Incidentally, there will be three American witches eventually, as I didn't feel that one is enough to represent the vast United States. Also, I carved out her miniature Jack O' Lantern and put an LED light inside so that it glows under her warty chin.

A note to my American friends...
If you follow this blog, specifically the project 'Good Witches Bad Witches' (which is being developed as a film based on my books), you'll see that I am creating my characters based on all sorts of stereotypes and that they come in all sorts of funny shapes and sizes. I am creating this world and these characters because I love the subject matter (I even wrote a book called 'The Witch's Day" when I was 6 years old and got a little write-up in the paper). I mean to entertain and certainly in no way offend, so please take this character in the spirit in which it is intended, take a look at my other witches, and if you have any feedback please do leave a comment (they're never censored here) or email me. I'd love to hear from you! :)

See my work in progress below and a final shot of some of my European witches and the American (Texan). 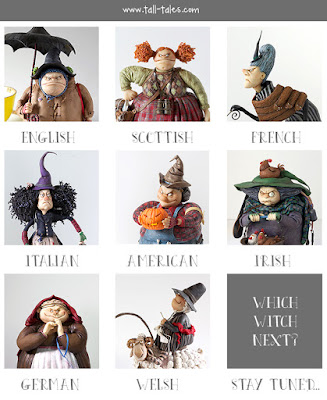 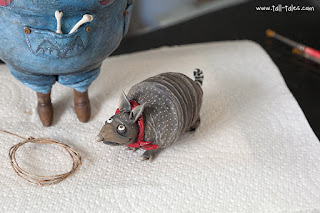 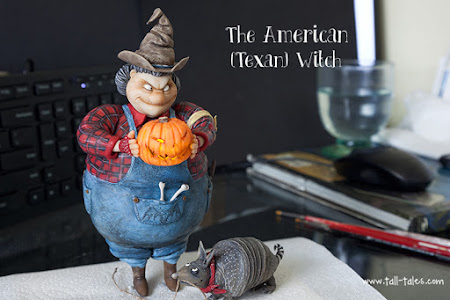 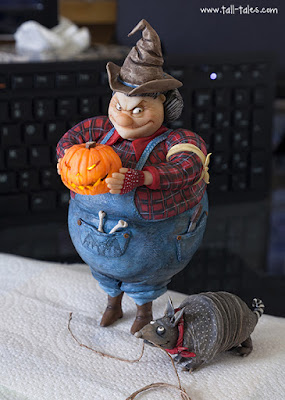 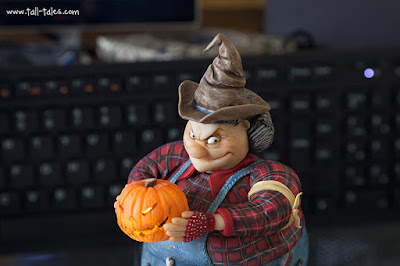 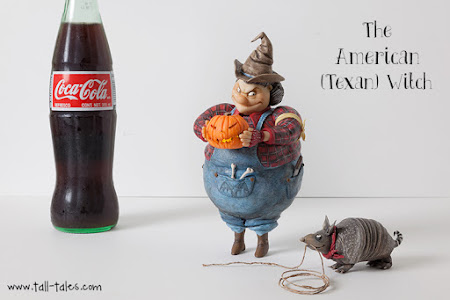 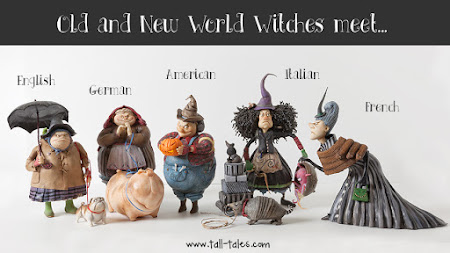 A Witching Time of Night 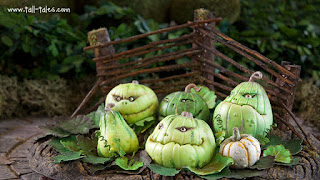 I must have lived in the US too long because I started creating a Halloween scene in mid September! This is for a book, but (as is often the case) you can buy props from the scene from my shop.

Here's a snippet of what I've been up to. All kinds of pumpkins and squash in one inch miniature scale. Everything made by me. You can see my sketches below (one of these designs didn't end up being made as it looked a little too reminiscent of Jack Skellington from Tim Burton's 'The Nightmare Before Christmas').

You may recognise photos of the green warty pumpkins from almost two years ago. They ended up not being needed until now, so I just finished that scene this week. 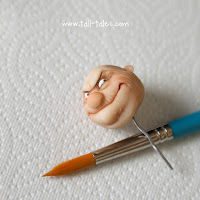 If you're still following the 'Good Witches Bad Witches' project then don't worry, I've almost finished the next addition! I haven't stopped creating witches from Europe yet, but I am skipping straight to North America for this next witch. (I'll get back to European witches soon and you'll start seeing Russian, Polish, Swiss, Swedish, Dutch witches...) 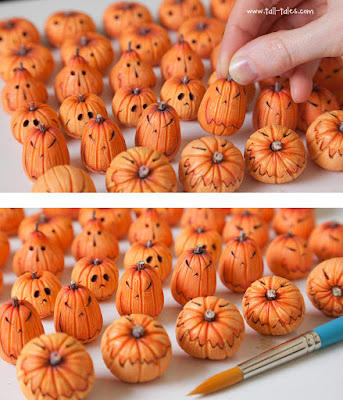 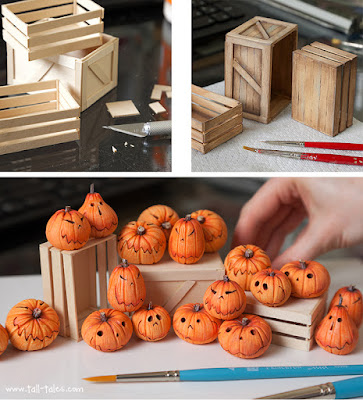 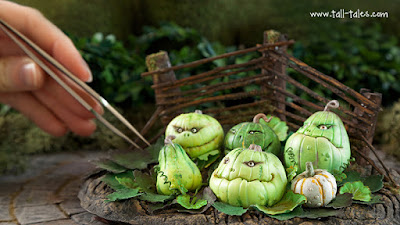 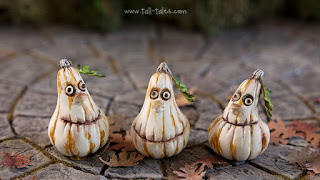 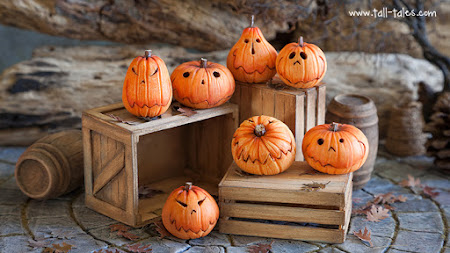 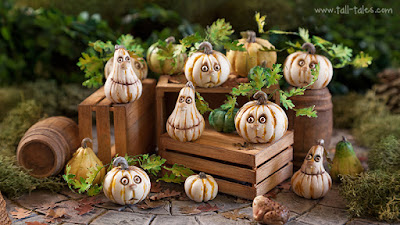 In other news, just after I last posted I went to the Stop Motion Festival out here (in Glendora) and it was enormous fun. If you're in California next September then you must check it out (details here). I even had a great chat with Joe Clokey!


'Tis now the very witching time of night,
When churchyards yawn and hell itself breathes out
Contagion to this world.
Posted by Caroline McFarlane-Watts at 13:37 1 comments