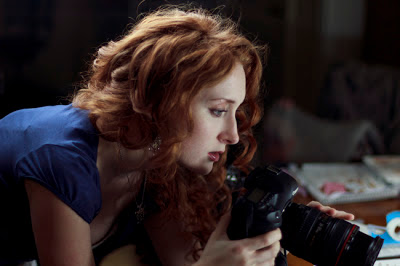 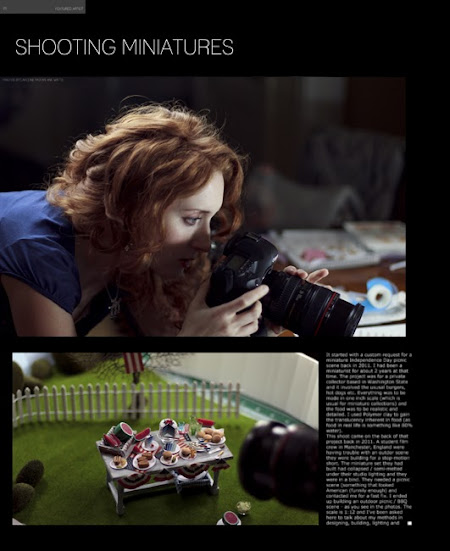 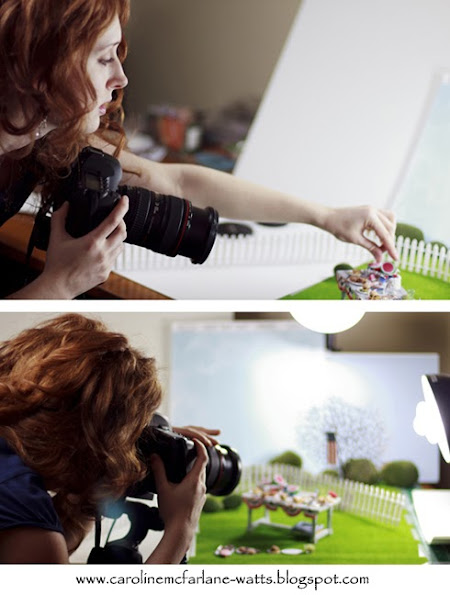 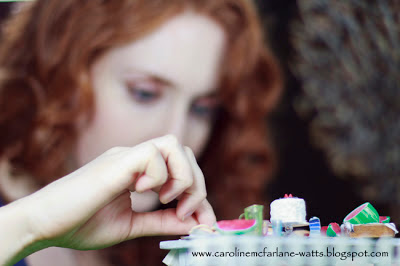 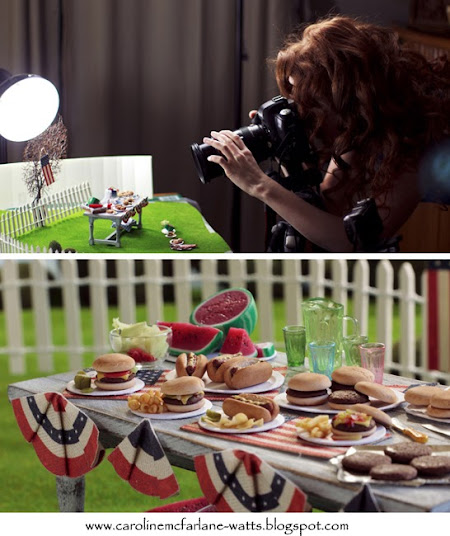 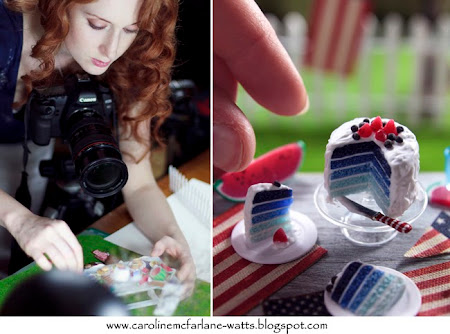 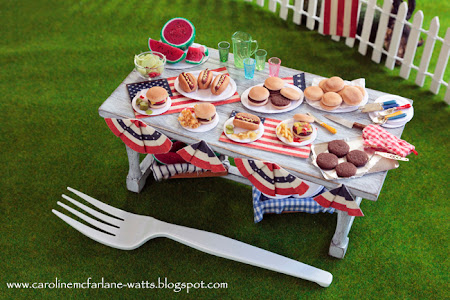 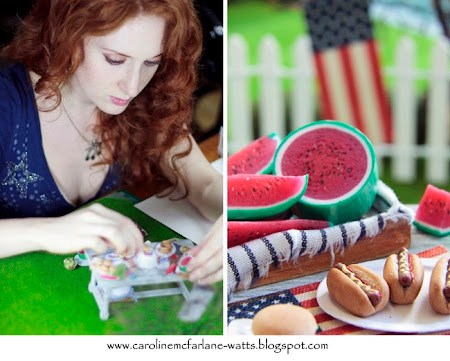 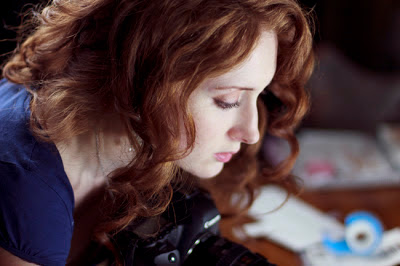 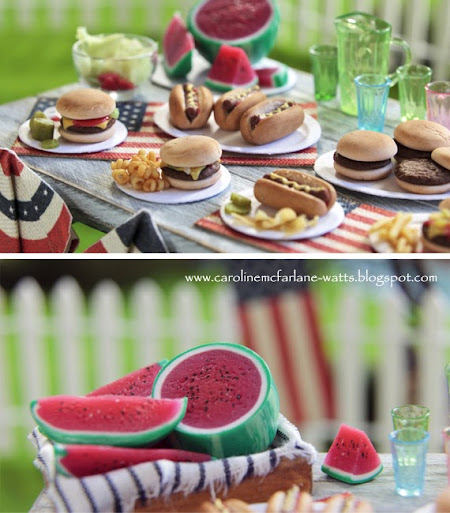 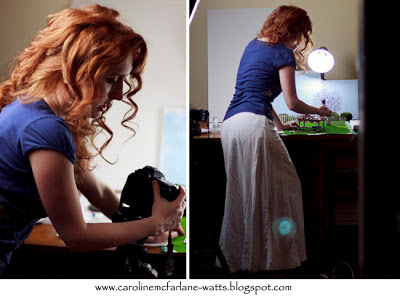 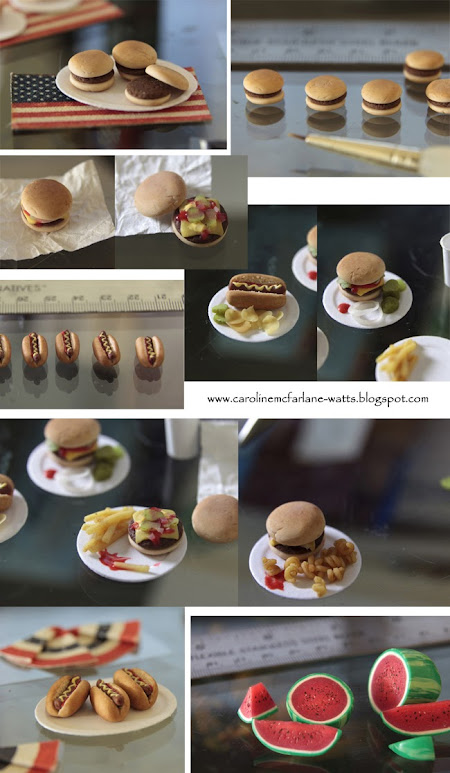 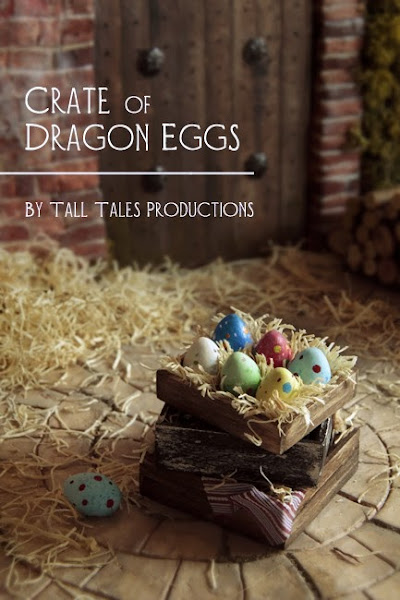 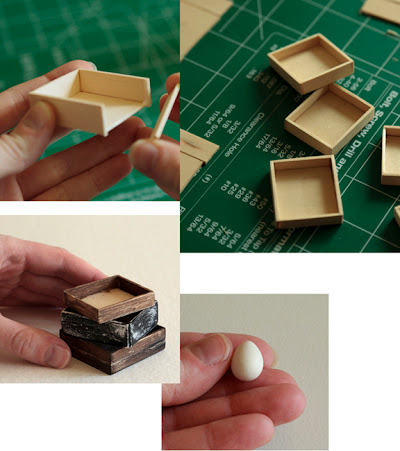 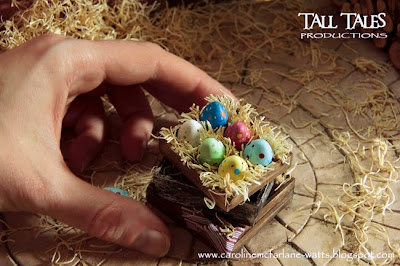 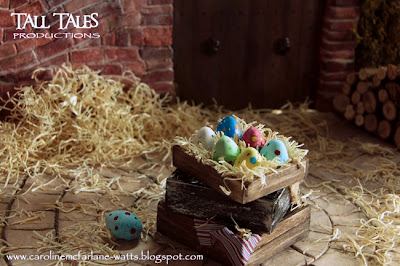 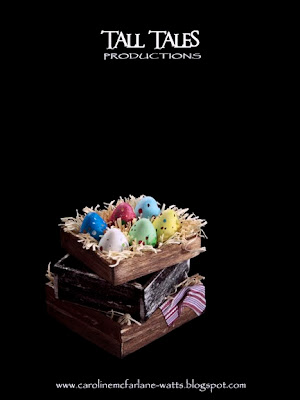 Posted by Caroline McFarlane-Watts at 16:02 1 comments

Come inside my Potion Room 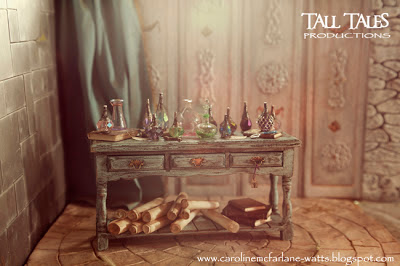 You might want to keep on my good side once you know that I have a room full of potions...

Sharing a commission from last week. It's a scale miniature Potion Room with a table filled with potion bottles of varying shapes and sizes - all in glass and mixed media.

As you can see from the below 'works in progress' photos, I made the wall panels from wood, heavy cardstock (Bristol) and paint. I added gold leaf details. The floor is another of my spiral types which I did using Polyform Model Air clay (incidentally, Polyform approached me and asked me to create a tutorial for their website, so I'll post about that when that's complete and up).

I am slooooowly but surely working on Myrtle. The thatched cottage is almost finished, and I'll share updates on that again soon. Hard to focus much on Myrtle at the moment as I have big commissions for Australia, Paris and Toronto on the go... 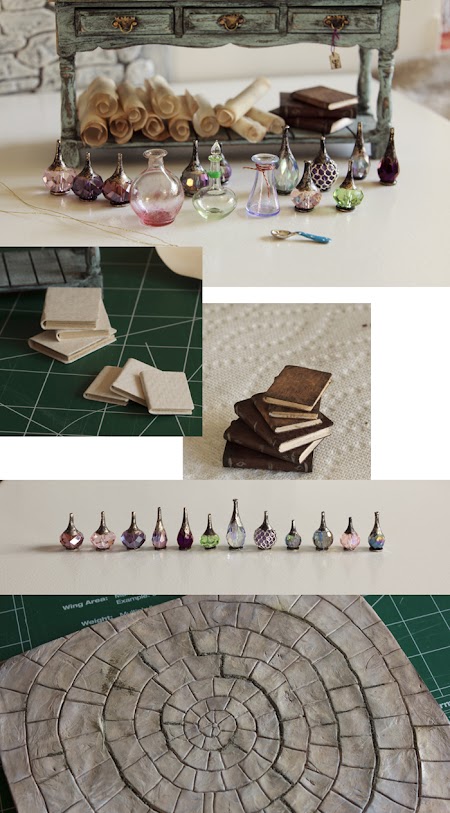 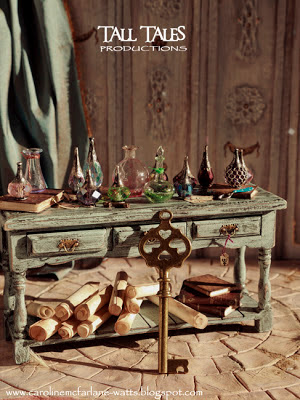 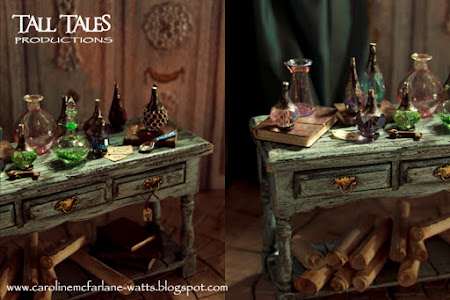 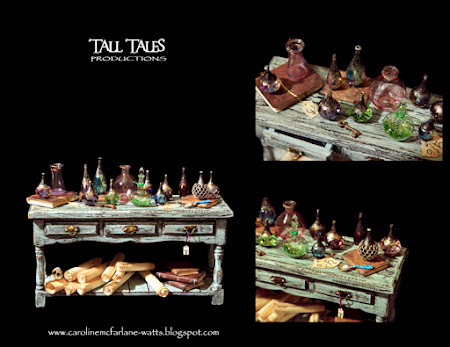 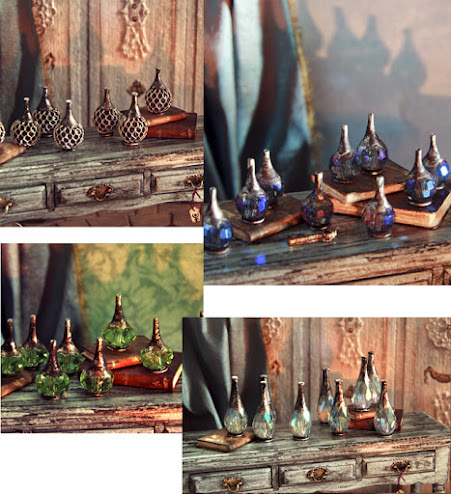 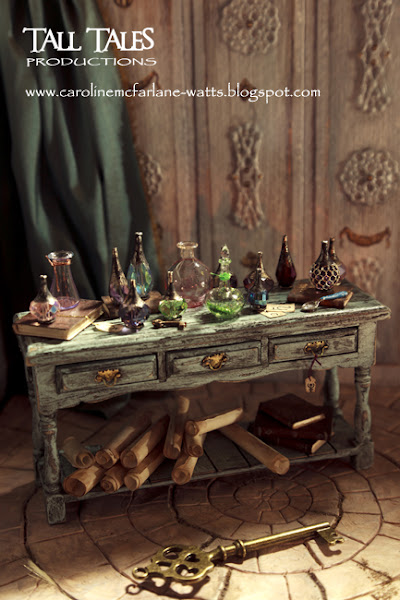 Posted by Caroline McFarlane-Watts at 16:50 2 comments

Fantasy at the Fair 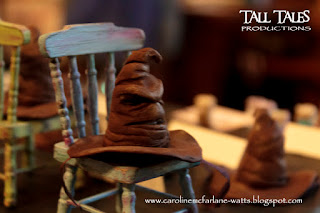 Two weekends ago I exhibited my Pixie Dust Miniatures (the brand I created in 2010 to sell scale fantasy miniatures to private collectors) at the Whimsic Alley Fantasy Fair on Wilshire Blvd. This buzzing marketplace of muggles is what LA Weekly referred to as the "best substitute for Diagon Alley" in 2009.

Here are some photos of my table in the Great Hall, which incidentally had floating candles beneath a sky facade. It wasn't the type of show I usually do but it was enormous (and profitable) fun and I met some great artists also exhibiting there.

Oh, and yes, there are sorting hats here because I was warned there would be a lot of HP fans about... but I never do this usually! If you ever visit my Pixie Dust Miniatures store you'll find only my own unique designs. ;) 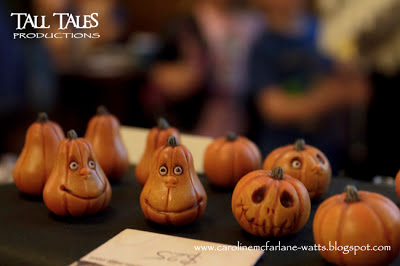 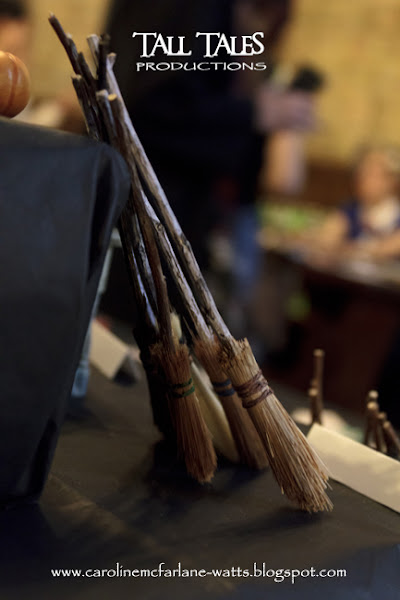 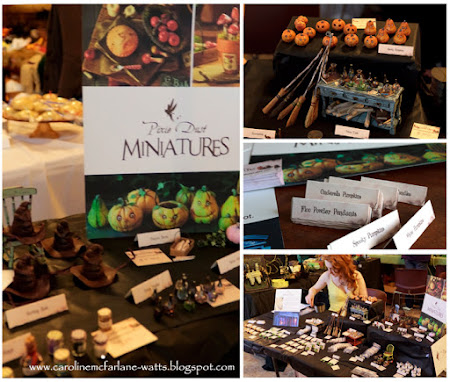 Posted by Caroline McFarlane-Watts at 13:20 0 comments