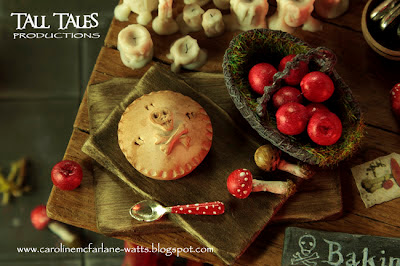 I've been trying out the new macro lens on the DSLR and so far it's alright for photography but I have yet to try using it for filming.

Problem is it takes photos so close that I lose any perspective in the image and it's realllly shallow.... so I'm not certain it'll work out that well for Myrtle. Fine for other work, but I want deeper focus in the scenes in my short and I'm just finding this lens to be a tad limiting. I know we're working with miniatures here but I can barely pull back and I think we're just too damn close.

Anyway, I already had a sort-of-Snow White-inspired scene set up for another project, so yesterday I decided it would be a place to start using the lens. Hence all these poison pie baking scenes I thought I'd share. Many were taken without the macro though! 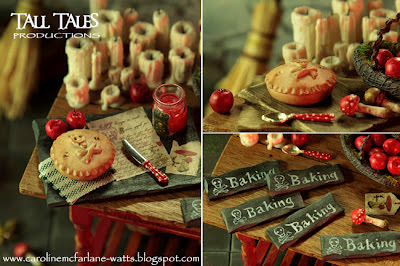 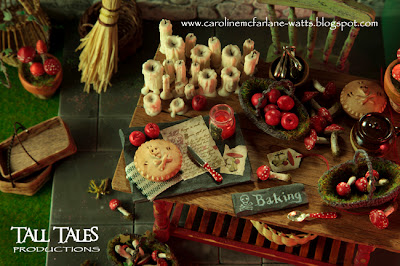 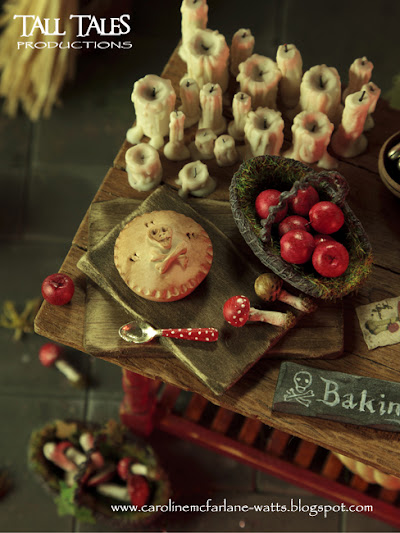 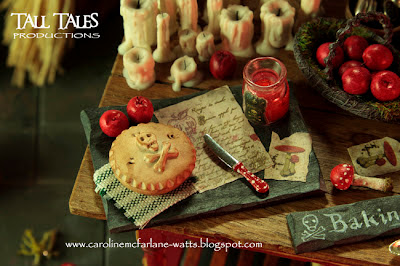 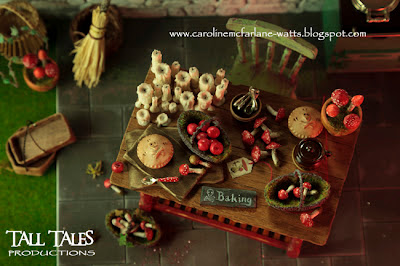 Posted by Caroline McFarlane-Watts at 18:44

I'm really excited for this short film! I LOVE LOVE LOVE stop-motion and it has always inspired me! It is SUCH an under appreciated art form. Your character designs are so fun! And your overall brand is super inspiring!