Remember What the Dormouse Said 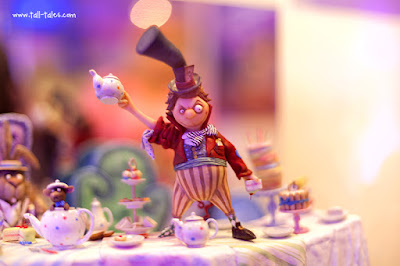 First, I have to assume everyone is familiar with the psychedelic rock song 'White Rabbit' by Jefferson Airplane. If you're not then I'm glad to be the one to introduce you to it. I've loved this since I was little(r). Listen to it on YouTube here.

Yesterday was opening night for the Alice in Wonderland exhibition - 'Curiouser & Curiouser' hosted by the Creative Talent Network and held at Center Stage Gallery, Burbank. It honoured Lewis Carroll and the 150th anniversary of him writing 'Alice's Adventures in Wonderland.'

Here are some photos of the event last night. It was a fantastic exhibition with some exceptionally talented artists taking part, including the lovely and talented Casey Robin (her site is here). They served tea sandwiches and 'eat me' cookies alongside drinks. How fabulous is that?! There will be a book signing before the exhibition closes and I'll share photos of that here on this blog.

See the design process of my miniature model piece (the Mad Hatter's Tea Party) in previous blog post here, and the 'making of' photos here. 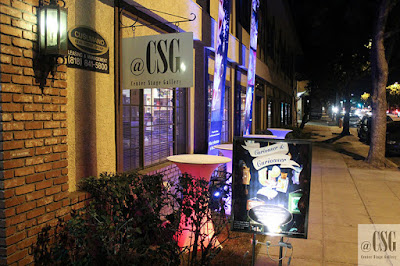 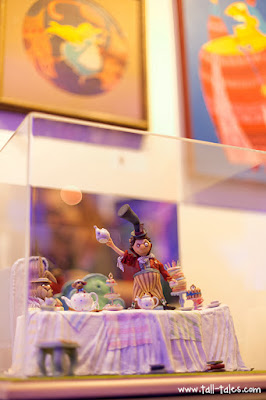 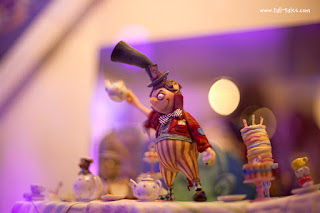 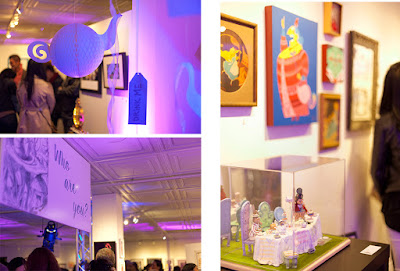 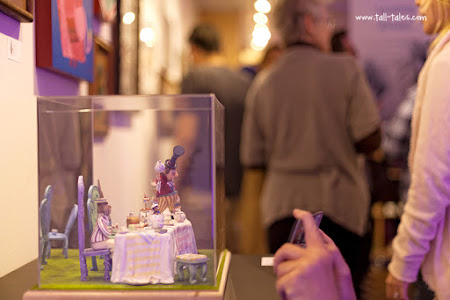 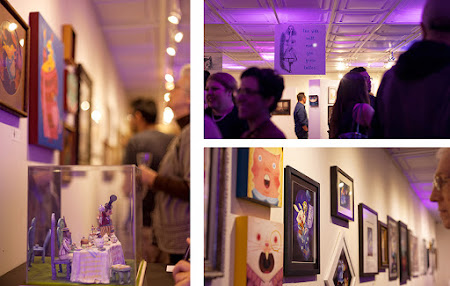 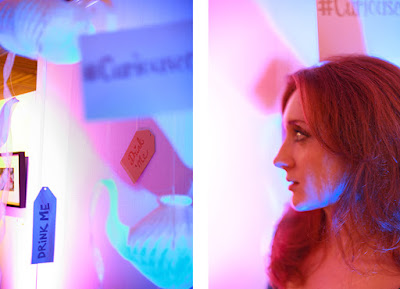 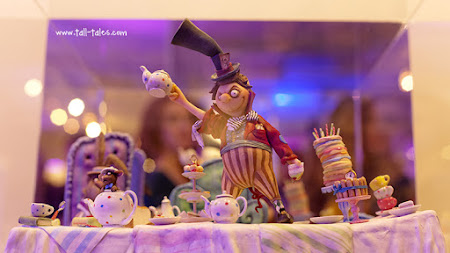 Posted by Caroline McFarlane-Watts at 23:01 3 comments 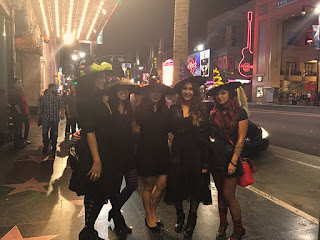 You've heard me say it again and again, if you really LOVE Halloween, then you truly need to experience it LA style!

Halloween has been my favourite time of year since I can remember. My parents threw huge Halloween parties at our house in Oxfordshire which we'd decorate to high heaven and low hell and my dad would be Dracula. I absolutely loved it because for this short time life became a film set - all the props and decorations came out, everything was in disguise, everything was Gothic and exciting. I was mesmerized by it all.

For someone like me (someone that loves make-believe, horror, costume, props etc) then I really don't think there's a better place to be living than LA when Halloween descends. I don't have an update from my work world today, but I wanted to give a shout-out to LA and share some snaps from where I live (Los Feliz) in the week leading up to yesterday. The above photo is one I took 2 weeks ago on Hollywood Blvd of this group of gorgeous witches. 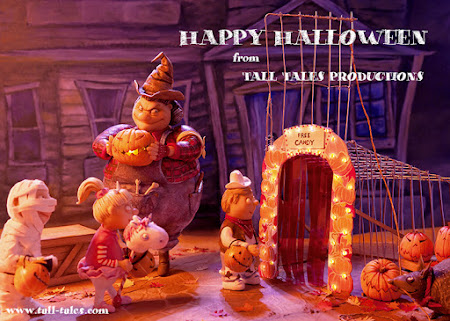 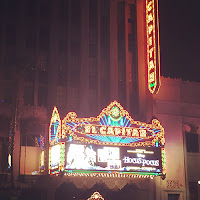 Earlier in October I went to the El Capitan theater on Hollywood Blvd to see 'Hocus Pocus' and afterwards browse their gallery of props and costumes from this movie. 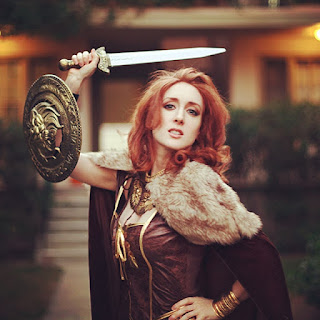 I celebrated Halloween dressed (well kinda ish) as Queen Boadicea and went to a party where I met the best Sanderson Sisters short of the actresses (last photo), and also went to the Hollywood Bowl to see 'The Nightmare Before Christmas' with live orchestra and Danny Elfman singing along. He even got his guitar out at the end and did an Oingo Boingo number.

Finished the night at my local tiki bar - Tiki Ti where shrunken heads adorned the bar and just as at the bowl, everyone was in full costume.

My costume. This is taken from my Instagram account where I applied the 'rise' filter and it looks oh so much better!

These photos show my local diner where the Grim Reaper looms over the entrance in the fabulous October heat. Fred 62, Los Feliz. Next up, one of my favourite cafe's in my area. The counter was filled with their own candy, chocolate skull lollipops, Hallloween cookies... The Alcove, Los Feliz. 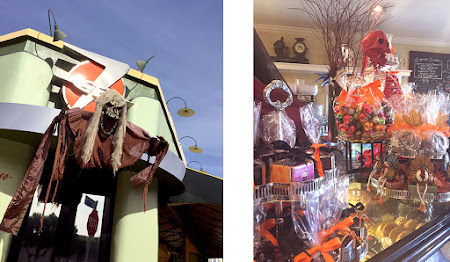 At the Hollywood Bowl! (First photo not mine)

Having a Zombie at the bar at Tiki Ti, Los Feliz.

The best Sanderson sisters ever! Photo taken at a party in Los Feliz! 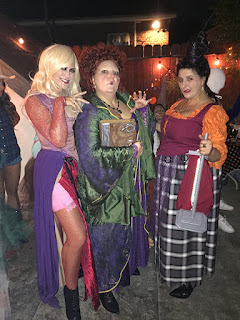 Posted by Caroline McFarlane-Watts at 20:43 0 comments