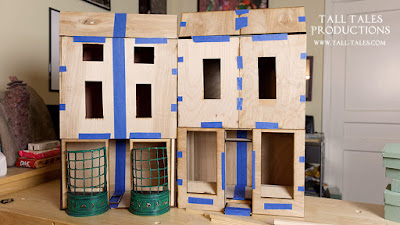 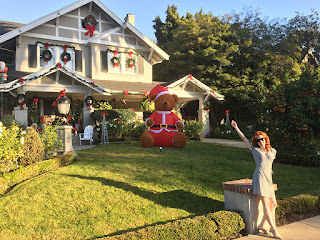 Posted by Caroline McFarlane-Watts at 13:32 1 comments 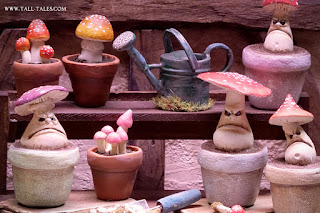 You may have caught some behind the scenes of me making these toadstool characters and such a few days ago (here)... well here are some final photos from this project. I'd say more about it if I could, but you know how it is!

Watch me make mandrake seedlings in timelapse over at the Tall Tales Productions YouTube Channel here.


Adopt a mandrake seedling / grumpy toadstool via the webshop here. 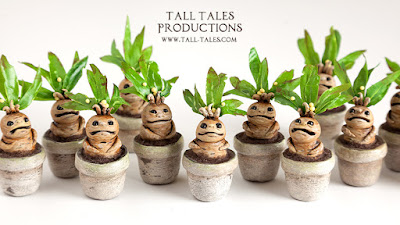 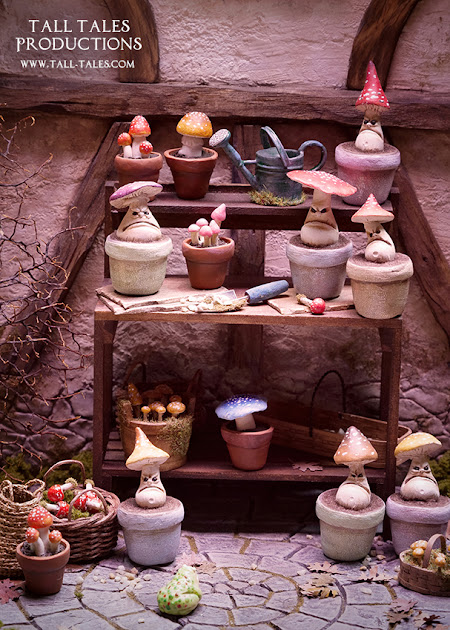 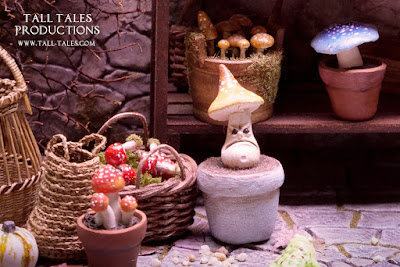 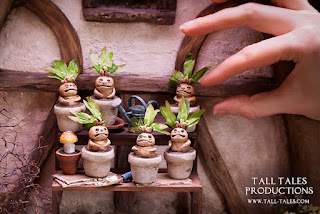 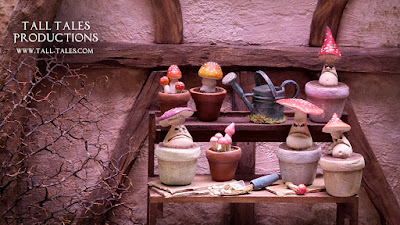 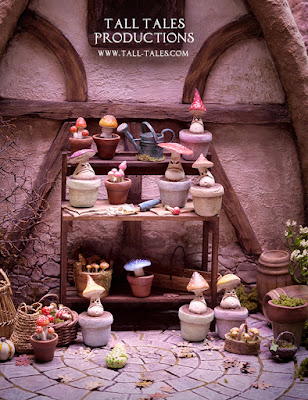 Posted by Caroline McFarlane-Watts at 17:52 0 comments

Whose Pastime is to Make Midnight Mushrooms 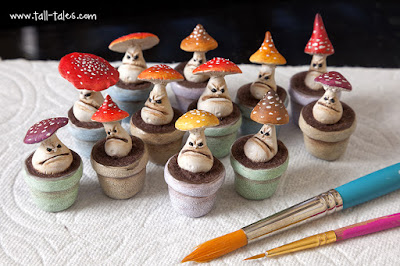 Who knew that the title of this post is a Shakespeare quote from 'The Tempest'?!

"...and you whose pastime is to make midnight mushrooms..."

As the year draws to it's close I go through my endless folders and see what was done, what was finished and what's outstanding. It's at this time I often notice that things have been done and not written about.

So here we go! Let's catch up, and allow me to share a toadstool project from September of this year. Grumpy toadstools and mandrake seedlings (I'll write about them later). If you follow me on Instagram and Twitter then you've probably caught videos and images of these things in the making, but if you follow me only here and on Facebook then this post is for you.

I made quite a number of tiny 'terracotta' flower pots (no bigger than thimbles) and proceeded to pot each one with a colourful toadstool and scenic grasses / moss / soil. Learned a lot about toadstools in the process. Did you realise that they grow naturally in such a variety of psychedelic colours? It's amazing. Yellow toadstools (Amanita muscaria var. guessowii) and blue toadstools (Clitocybe odora) and so forth. So inspiring.
I went on to make crackled glazed pots and filled them with grumpy toadstools with fabulous little faces. Each one of these is a 'one of a kind', and they're available at my webshop here.

See a making of video here... 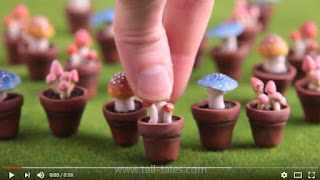 Behind the scenes photos and more... Enjoy! 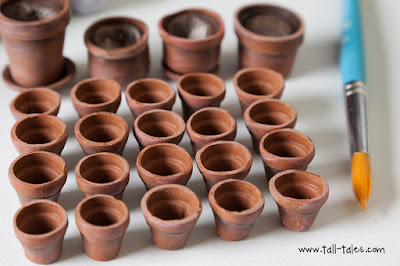 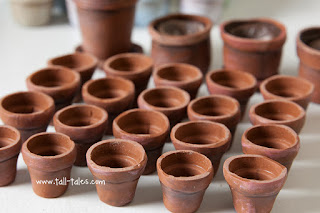 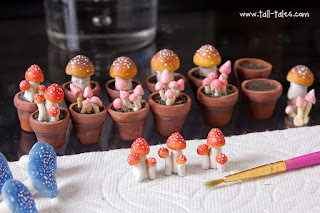 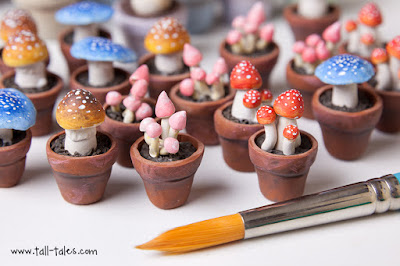 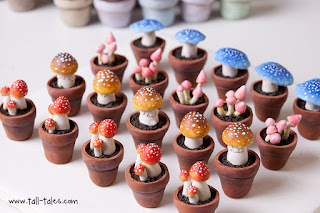 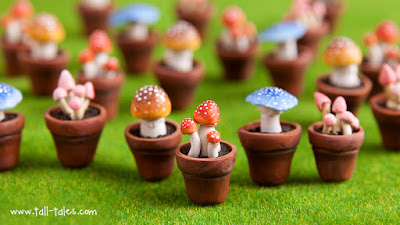 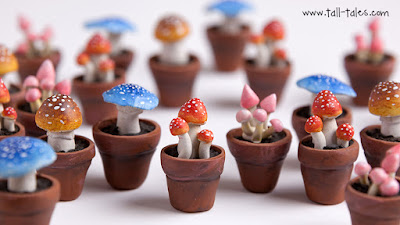 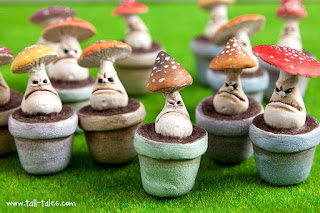 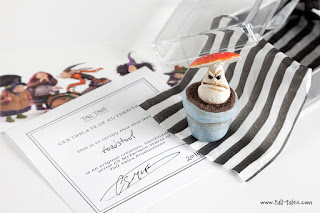 Posted by Caroline McFarlane-Watts at 18:20 2 comments