Little House on the Table 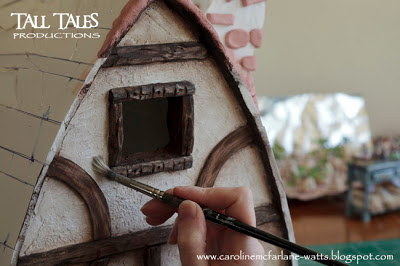 Paints, wood-stain and scenic scatter later.... the cottage is looking a tad more rustic and less like something made from foamcore.

I started on the roof  as well (see last photo). Once you scroll past all my cottage-in-the-making snaps you'll find photos of the great Harryhausen and his work.

Find previous posts about this miniature scale cottage in the links below. 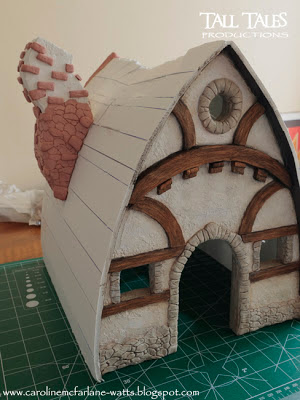 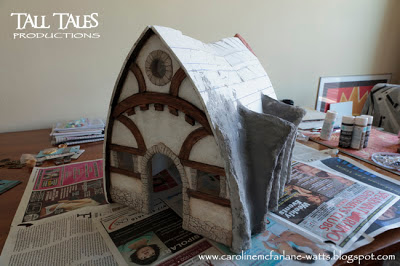 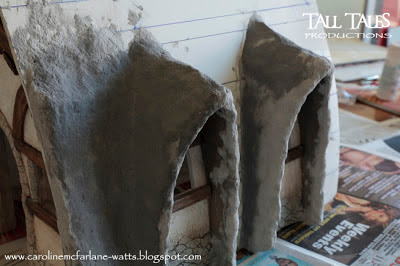 Miniature set pieces aside, I'd like to take a moment to remember a very inspirational man - Ray Harryhausen who died on Tuesday.

Here are some quotes by others who have influenced me - they say it better than I could.


"What we do now digitally with computers, Ray did digitally long before but without computers. Only with his digits." - Terry Gilliam

"Without Ray Harryhausen, there would likely have been no Star Wars" - George Lucas

"I think all of us who are practitioners in the arts of science fiction and fantasy movies now all feel that we’re standing on the shoulders of a giant. If not for Ray's contribution to the collective dreamscape, we wouldn't be who we are." - James Cameron

Posted by Caroline McFarlane-Watts at 11:32