My Sketchbook - Designing the Thatched Cottage 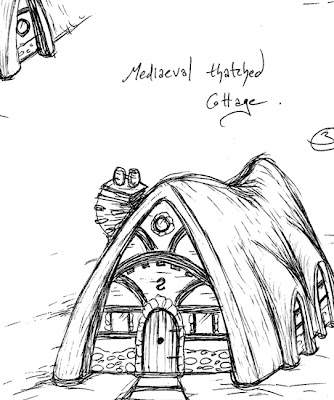 I'll never forget first moving to LA and marveling at the lack of thatched houses. A friend I made out here asked what a 'thatched roof' was. After explaining it to him he responded "so wait... it's like a house like made of straw.... like in the Three Little Pigs?!"

I grew up in a mediaeval village in Oxfordshire in a cruck-framed redbrick thatched house built in the 16th century - a listed building. The village 'Clifton Hampden' has a cricket club and longbow archery society, two pubs (one built in 1352), a post office and a primary school with two classrooms which I attended. In the middle of the village, on a hill overlooking the River Thames stands the high-steepled church dating back to the time of King Stephen (grandson of William the Conqueror). Although much of the present church is the result of Victorian 'revival fever', parts of this church date back to the 12th century. Inside is a stone carving depicting a mediaeval boar hunt which was once above the original door.
One of the pubs - 'The Barley Mow' was mentioned by Jerome K Jerome in 'Three Men in a Boat' (1889). He wrote:

Round Clifton Hampden, itself a wonderfully pretty village, old-fashioned, peaceful, and dainty with flowers, the river scenery is rich and beautiful. If you stay the night on land at Clifton, you cannot do better than put up at the "Barley Mow."

Alright, alright... history lesson over - let's talk about film and set pieces... (can you tell that among my passions are English country life and mediaeval history?!)

I have embarked on a fun challenge which includes a miniature scale thatched cottage. Because of the nature of the project it should lean towards fanciful and fairytale as opposed to realistic. I have a wealth of thatched cottage inspiration from my life in Clifton Hampden to draw on, so I used this teamed with an image I found of the Gaul village in French comic books 'Asterix' to come up with some designs.

I'll post photos of this cottage process over the coming weeks. Below are my original sketches (finished cottage may change from final chosen design -3) and scroll past these to see images of my village 'Clifton Hampden' and an image from 'Asterix'. 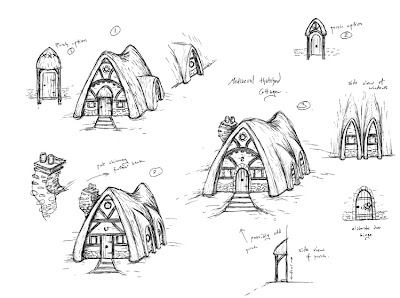 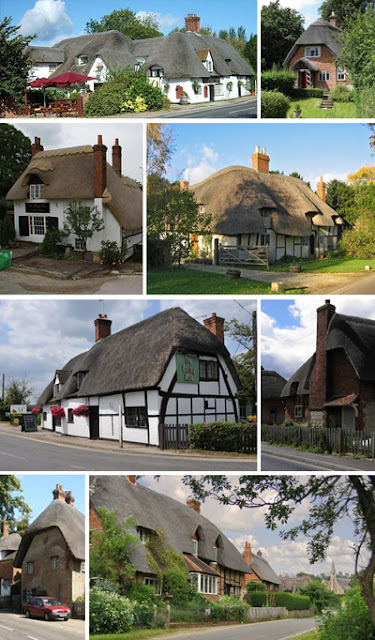 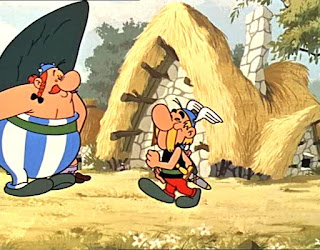 Posted by Caroline McFarlane-Watts at 20:04