Pumpkins, Squash and a Magazine Cover

Without realizing it I've somehow become associated with pumpkins in miniature. I suppose I have made them a lot for various projects over the past 4 years, but still it was funny when a magazine editor approached me and asked for high rez pumpkin photos for their November magazine cover.

Thought I'd include some fun pumpkin and squash photos from various projects I've worked on in this blog post. You can see some in the making - starting off as clay forms, then with pigment added, then eyes added, then they're hardened in my clay oven, then paint touches added.

Scroll past these photos to see the magazine cover. It's one I haven't been featured in before - specifically a dollhouse magazine called 'Dollshouse World' and published in the UK by an American publisher. 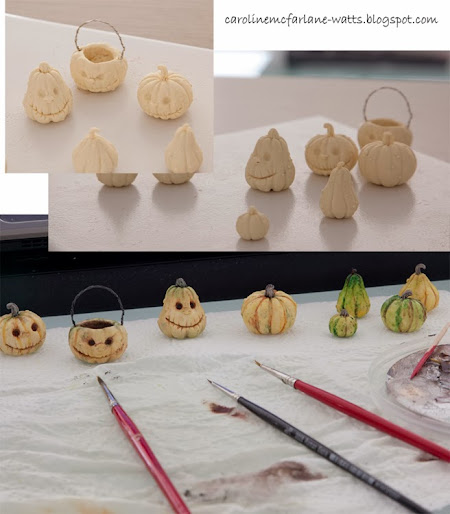 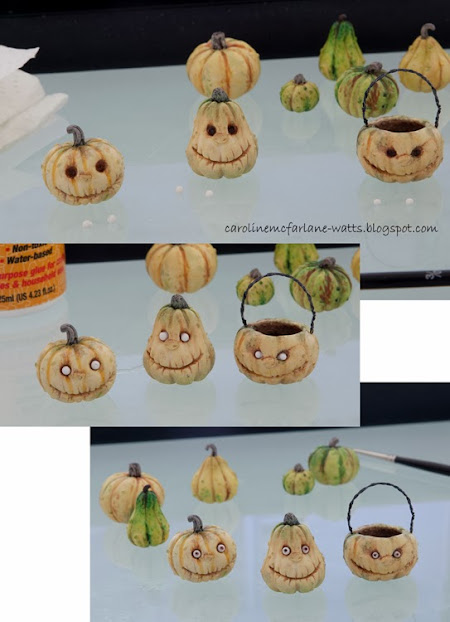 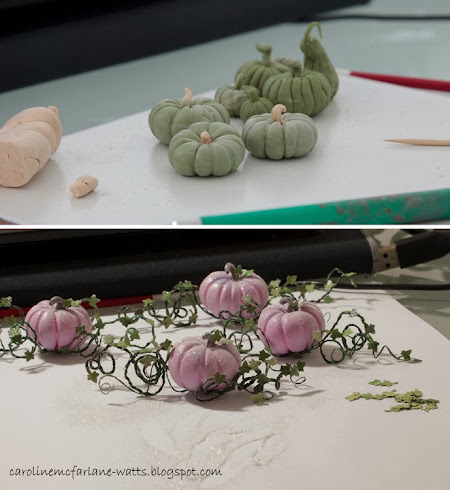 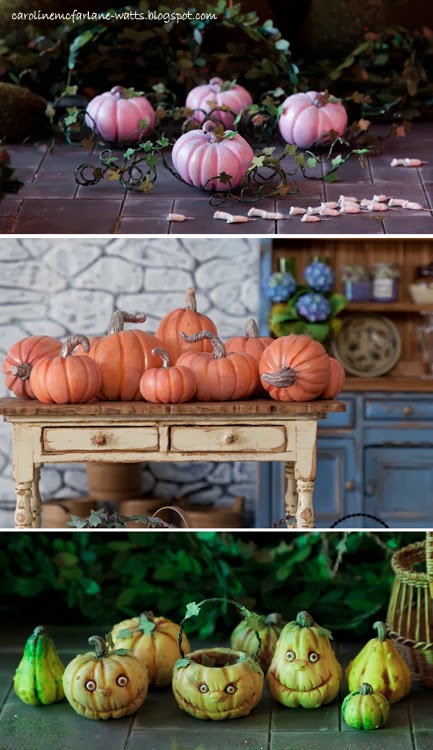 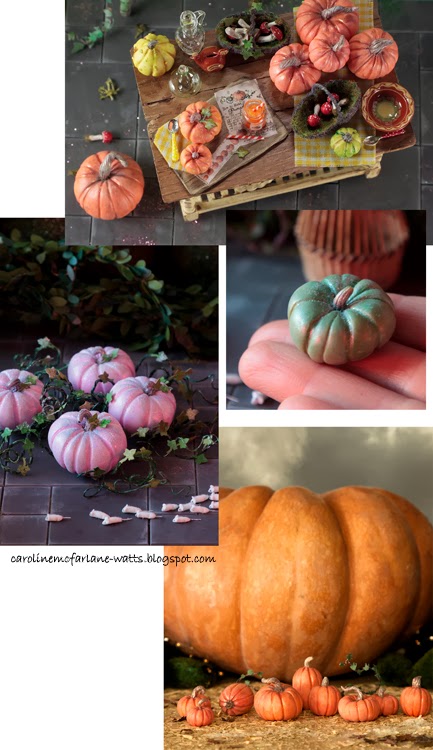 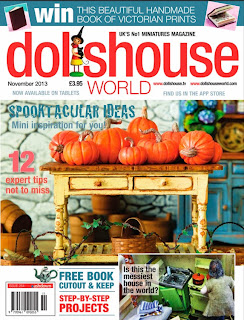 Magazine cover.
See full 8 page feature here on my About Page.
Posted by Caroline McFarlane-Watts at 13:14