At the weekend I attended the Annie Awards, which was a massive thrill for someone like me. I was pleased to see a fair few women collect awards for their contribution to excellent animation and the after party allowed me to meet many hilarious voice artists with their renditions of Scouse and Cockney accents.

The results are available here at the Annie Awards website, and I'm sure you all know by now that Disney's 'Frozen' practically cleaned house including Best Animated Feature. Some fantastic shorts got deserved recognition, but I was a bit surprised that 'Despicable Me 2', 'Monsters University' and 'The Croods' didn't do better. The production design, writing, music and voice talent were excellent. Pleased to say that 'The Croods' did win for character design. If you enjoyed it then check out the website of Chris Sanders who wrote, directed and created brilliant artwork for it - he's also a corking chap! 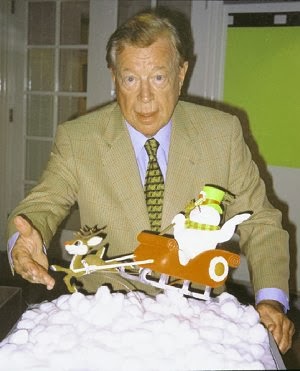 Anyway, it was also a sad weekend as we lost Arthur Rankin Jr - a pioneer in stop-motion and co-founder of Rankin/Bass Productions. He passed away at 89 on 30th Jan. If you're interested in cartoon animation and/or stop-motion animation and are not familiar with his work then I urge you to look him up and his incredible body of work.

Stills from 'Rudolph the red-nosed Reindeer' (1964) - an inspiration for my own Santa elves beneath... 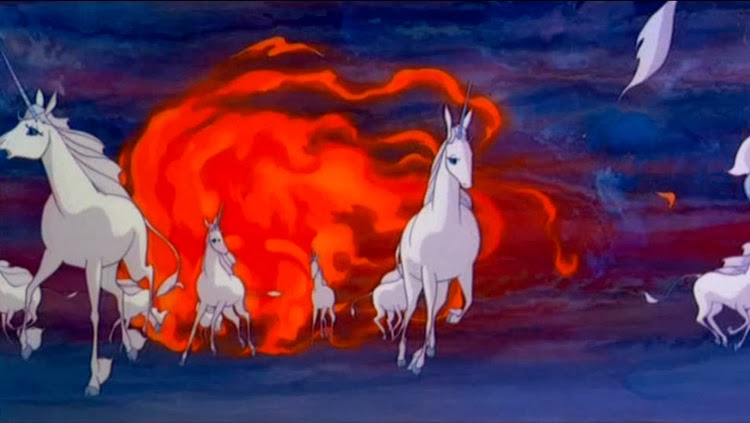 Make sure to watch 'The Last Unicorn' (1982) - a favourite childhood film and incredible animated fantasy.

Some stills from the big contenders at the Annies!

Posted by Caroline McFarlane-Watts at 19:44