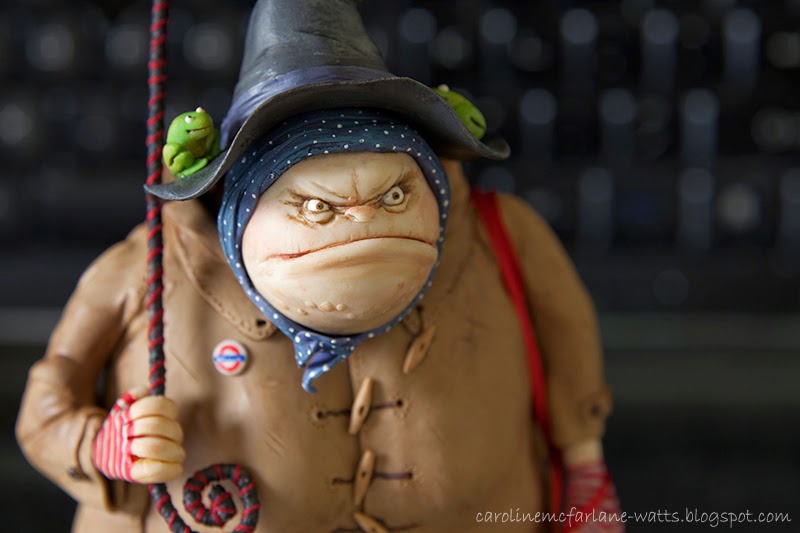 On this day - the day of Tiw, last week, I posted a witch (here). Seven days later and I have another one for you, which I just completed today. She is an English witch.

For my 'Witches' project (building the world for 'Good Witches Bad Witches') I am creating witches from around the world. Being English I have started with a good old English witch. I decided to dust off an old stereotype and put her under an umbrella. Whenever I meet Americans, after clarifying that I am English and not Australian, the second question is invariably "it rains everyday in London, right?!" Gosh, that does irritate, yet I can no longer be bothered to point out that London is among the driest of Europe's capitals, and has considerably less rainfall per annum than Paris, Rome, Sydney or New York. Sources (as well as personal experience) tell me that England has half the rainfall of New Zealand as well. But still, I wanted a funny scene, so I created an English witch dressed for wet weather and holding an umbrella! Soon I will create the setting for her, but until then just take a look at the witch character herself and tell me what you think.

This English witch is equipped with English staples - a duffel coat, gumboots, bulldog and my take on a Fox's umbrella.

She is 1:12 scale and modelled in clay over armature wire. You can see the process in the photos below.

Don't miss last week's witch, and stay tuned (like the FB page) so you don't miss the next witch...! 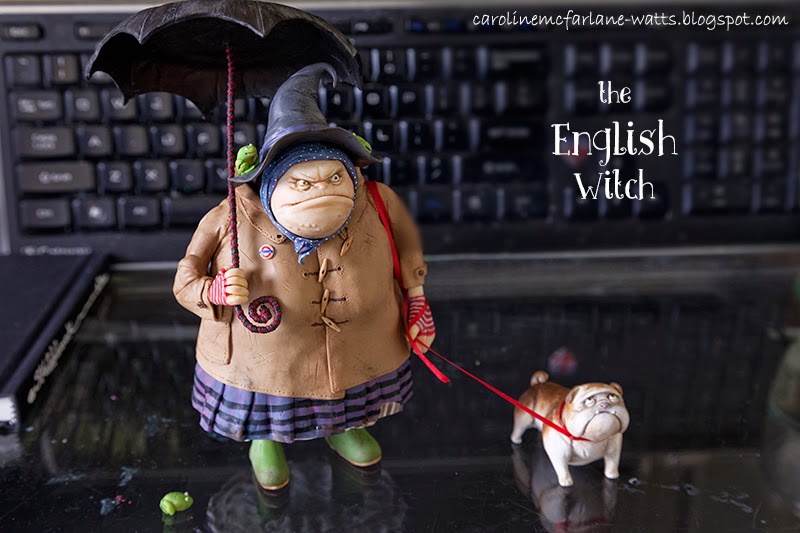 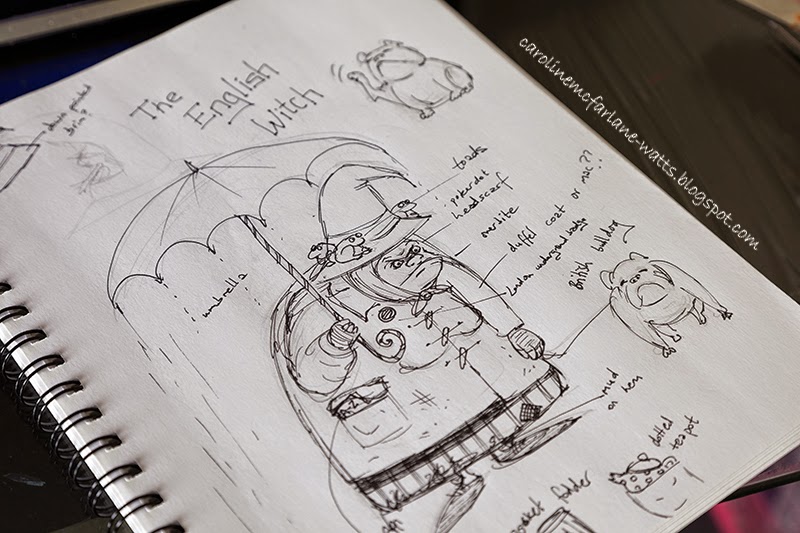 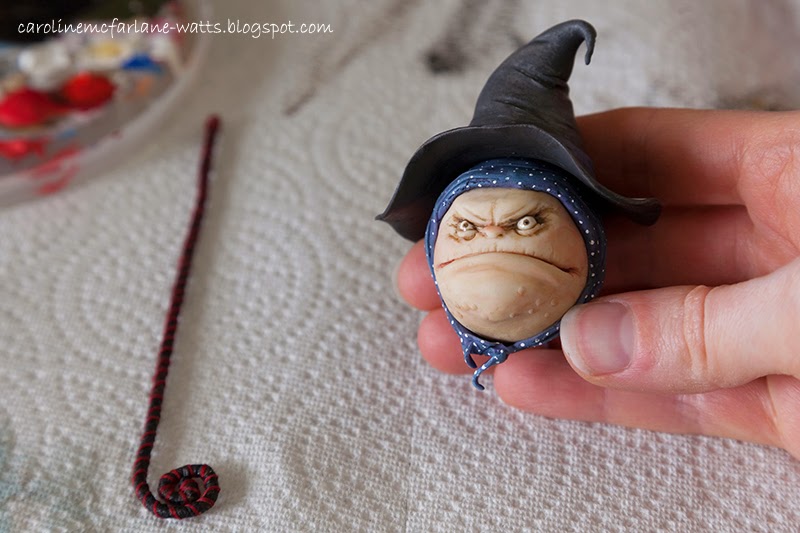 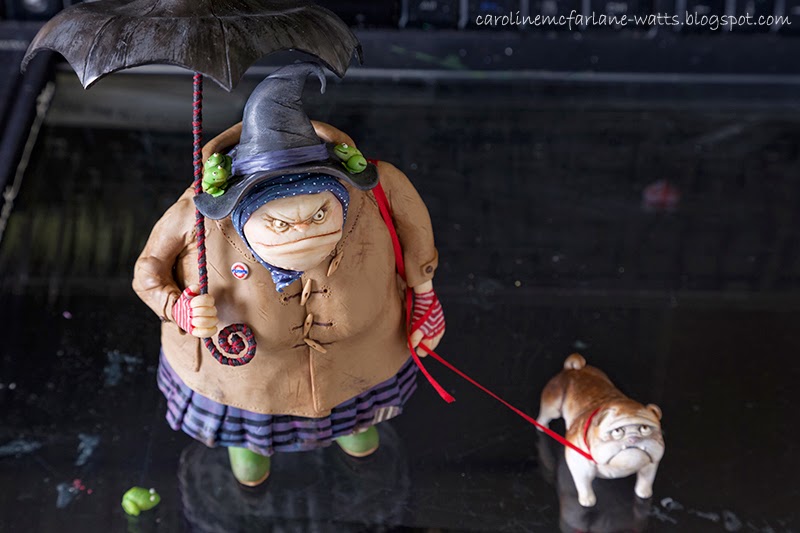 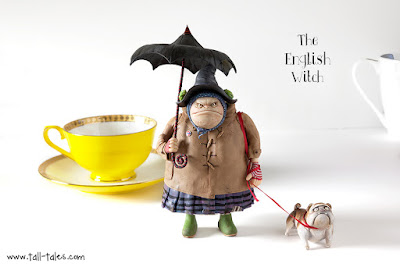 she reminds me a bit of a toad huhuhu

She is so very lifelike and grumpy looking! I have to laugh at the other side of the West coast Americans who think that it always rains in England! (I am from the East Coast in Virginia, lol & never for a moment did I think it rains all the time in London)
i have missed your Myrtle the Witch creations and looking forward to more!

I love your faces! And she and her bulldog have grown to look alike! LOL

Thank you all for your comments!

Jessica - that was my plan! I'm glad someone spotted it!! :)

Perhaps it is a California Thing, with all of these bizarre climate ideas, because back in the 60's
my ( born in L.A.) dad, thought that AS SOON AS he crossed the U.S. Canadian Border, that it would be perpetual snowfalls, dogsleds everywhere and Mounties riding their horses in the city. Boy, was he surprised!
Your English witch, has one of the most unforgettable faces I have ever seen! And she looks very irritated at having to hold up her umbrella, all for the sake of A Cliche'. No wonder she is grouchy! :D