'Myrtle the Witch' is the main character in a short film I recently wrote and plan to work on in the new year. Although I love making miniatures / sets for other people's projects, I'm keen to create my own content and finally my first short, so I created this blog partly to share my progress as I make it.

It will be shot on scale miniature sets with hand-sculpted characters and VFX. My assisting VFX artist (with 20+ years in the industry) is keen to make it in 3D... so we'll see...

So why Myrtle?
When I was 6 years old I wrote and illustrated a book called 'The Witch's Day' which got my photo in a local Oxfordshire newspaper. (Still trying to locate a photo of the news clipping as that would be fun to share here!) It was a fun little book which turned the classic idea of a witch on its head. 'Myrtle the Witch' is similar in that. I named this new witch character 'Myrtle' because I like that myrtle is a European plant with natural healing properties, previously used in Pagan and wiccan ritual, symbolically tied to Greek goddesses and also with a unique tradition in the royal family. (Something a bit British thrown in.)

Still creating the design for the main character... This is a first sketch I did when I wanted the film to focus on her as a much much younger witch. Don't expect her to look anything like this now... she'll be about 30, dumpy, nervous and a completely self-doubting witch uncomfortable in her own skin and with a myriad of unusual pets. 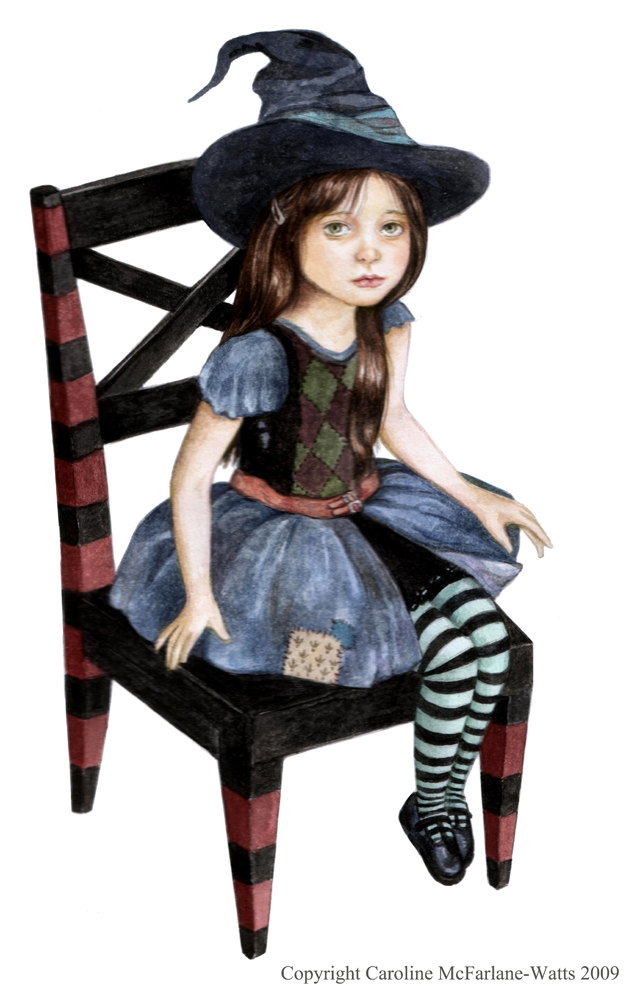 Redundant Myrtle sketch. Check back here soon for new design and to see the film come together...

Posted by Caroline McFarlane-Watts at 15:23

She looks so sweet! You could do a prequal the mertyl short of when she was this young child!:-D I just love your work!