These are pictures of a recent-ish miniature model I was commissioned to make. It's an antique shop of magic for trade. All in half inch scale (for those of you that don't know what this means... 1 foot in the real world equals half an inch in the miniature model world). So it was fairly tricky and detailed (I'm used to working in one inch scale).

This particular piece ('Boggart's Bazaar') is being featured in an English trade magazine 'The Dolls' House Magazine', published by GMC in the Nov 2011 edition. They're running an interview with me, so look out for it. :)
I've been permitted by both the editor and the owner of the model to show a few small JPEGs until then.
Miniature model of a Fantastical Magic Trade Shop - 'Boggarts Bazaar' by commission. (March 2011) 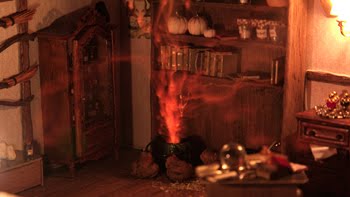 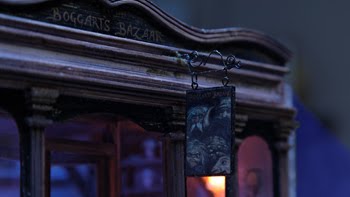 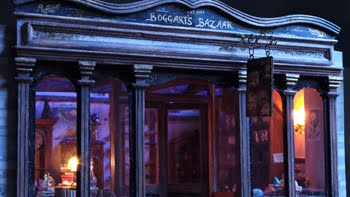 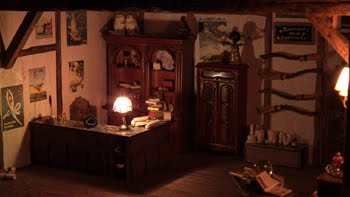 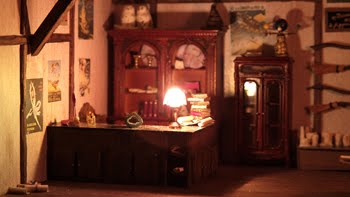 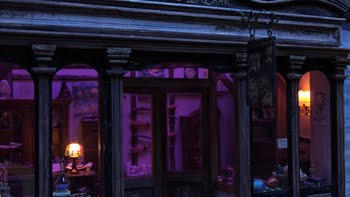 And something a bit older... here's an image of Hogsmeade Village which I worked on in Greater London at Leavesden Studios. It was my second gig after graduating and I loved it.

Miniature set of Hogsmeade Village for 'Harry Potter and the Goblet of Fire' (Feb 2005)
Photograph courtesy of Warner Bros. 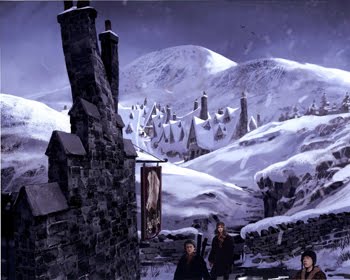 scale miniature sets for film, TV and music videos - designed and built by Caroline Mcfarlane-watts
Posted by Caroline McFarlane-Watts at 18:45

Amazing work, thanks for sharing. Looking forward to further reveals :)

I loved it! It's awesome! I hope that soon you can post all details.
Hugs

Love it, what a great idea, I will watch for future posts. Thanks so much for sharing!
Bonnie
Bonnie's Miniature Dolls