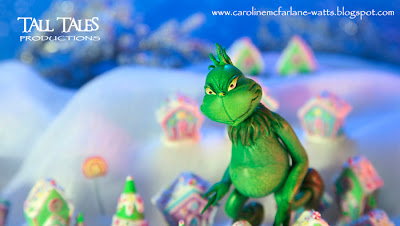 Here's a project I worked on from September - November this year. It's a whimsical candy gingerbread model village in 1:12 scale which I designed and built myself. I also sculpted this interpretation of the Grinch based on the illustrations of Theodor Seuss Geisel aka Dr Seuss.

The set is filled with candy houses - each one handsculpted from clay and decorated with candy which I made in the traditional cane method but 12 times smaller than any candy canes you'll be eating this season. :) The set was lined with layers of faux snow and cheesecloth material.

Working on this set reminded me of one of my first miniature jobs when I was 23 years old - one year graduated from my Film Degree at Royal Holloway. I had a stint in the art department of Leavesden Studios on 'Harry Potter' and assisted in the building of Hogsmeade village. I've made whimsical fantasy buildings since then of course, but anytime I work on a magical village I think back to that very first time!

In other news - I'm still stationed in Oxfordshire, England and enjoying log fires, trips to Tudor barns all done up with Christmas markets and yesterday a trip to Hever Castle (the birthplace and family home of Henry VIII's second wife - Anne Boleyn). 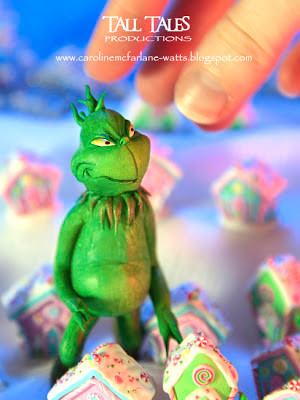 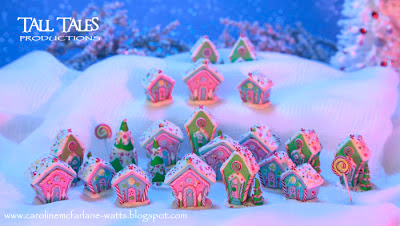 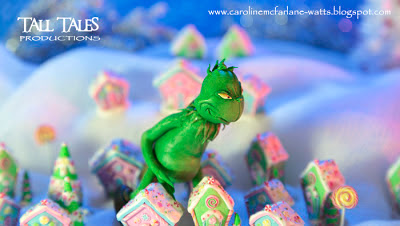 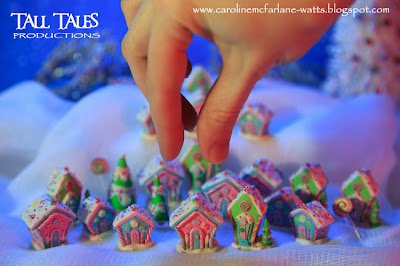 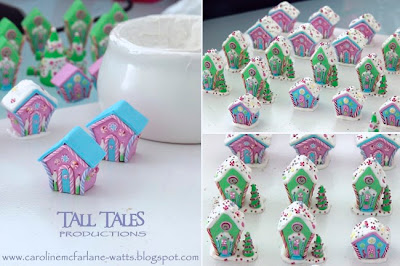 Candy gingerbread village in the making...
Posted by Caroline McFarlane-Watts at 10:44

Email ThisBlogThis!Share to TwitterShare to FacebookShare to Pinterest
Labels: 2012, Christmas, miniature model sets, my life, my workspace, the grinch, UK

Wow I love your grinch. He is so cool. X

I so love your pink gingerbread houses!! But that Grinch is awesome! :)