Breakfast in the Twilight Zone 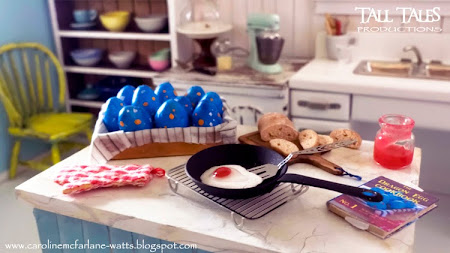 I adore Rod Serling, and the following statement kept coming to mind as I was working on this contemporary 'retro' kitchen with a dragon egg fry-up in progress...


You're traveling through another dimension, a dimension not only of sight and sound but of mind; a journey into a wondrous land whose boundaries are that of imagination. That's the signpost up ahead—your next stop, the Twilight Zone.
—Rod Serling

I mentioned that I was working on this miniature scale set in my previous post and now that it's finished, photographed and photos have been given to the editor for print, I'm sharing a few images here.

Scroll past the kitchen with frying dragon eggs and see what I was working on yesterday - characters (including Gertrude Nettlebed and Petunia Ditchwater) for the short film 'Myrtle the Witch'. They're very much unfinished - this is just a snapshot of them in progress (by popular request!) 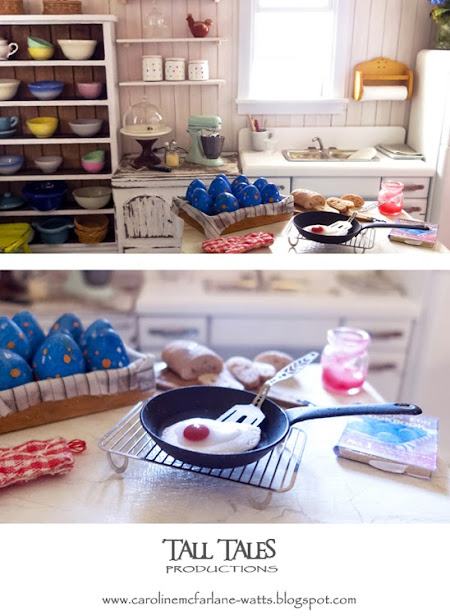 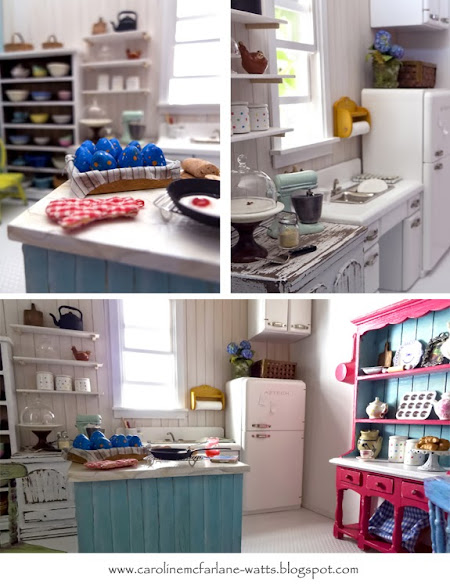 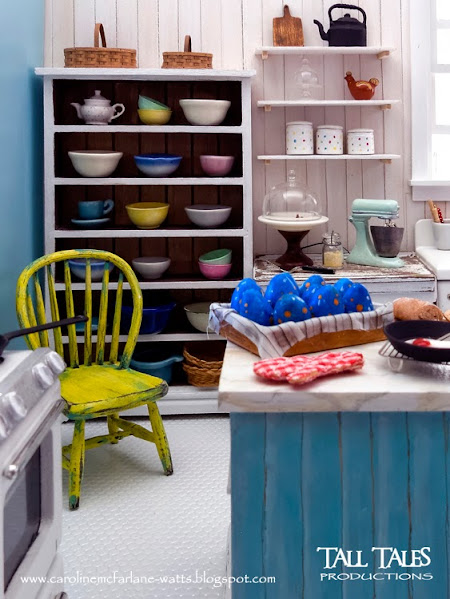 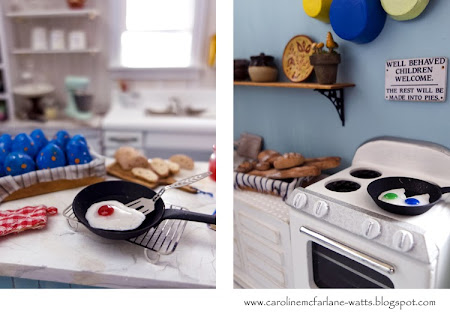 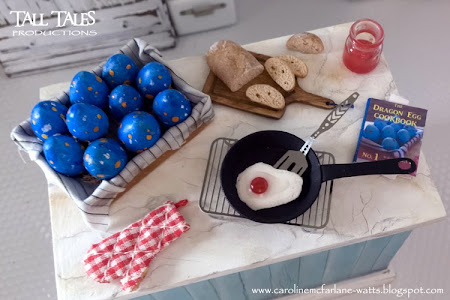 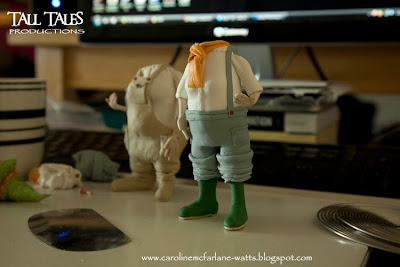 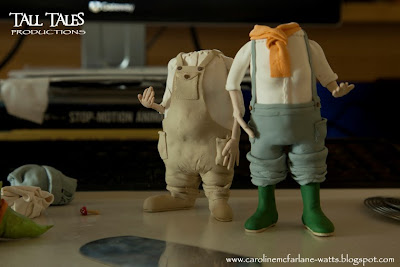 Posted by Caroline McFarlane-Watts at 13:14