A Spoonful of Crocodile 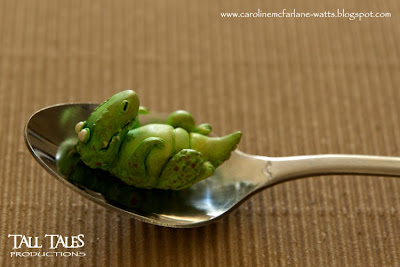 A background character for the film 'Myrtle the Witch' is now completed. Her character - Gertrude Nettlebed - spends a lot of time gardening (spreading weeds, growing mugwort, mandrake, and digging up flowers) and also rearing crocodiles. She spends time in the company of like-minded brown-fingered witches. Yesterday I finished her and made a baby crocodile for her.

Here are some photos. Thank you for taking an interest in 'Myrtle the Witch' and following the progress as it is made. 'Like' us on Facebook and feel free to comment with suggestions / thoughts / criticism on any of the photos uploaded to that page. The production stage of the film will ultimately be crowd funded, so get involved with pre-production as well, by all means! 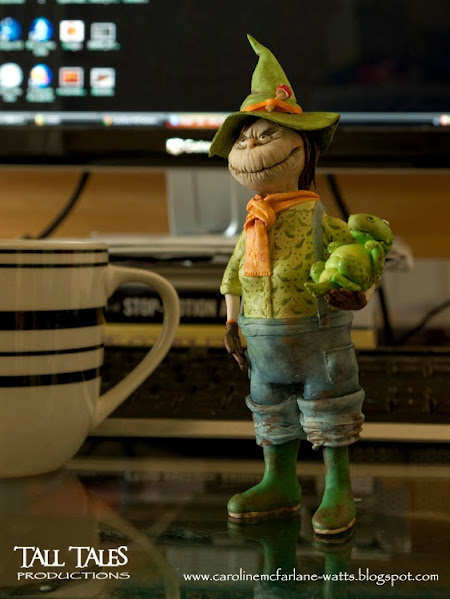 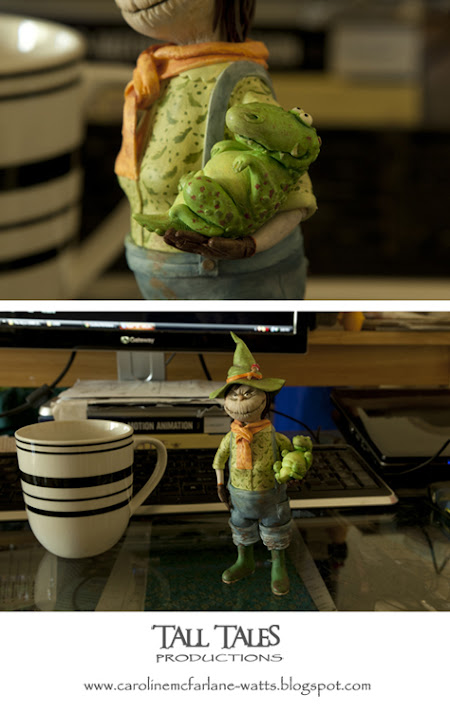 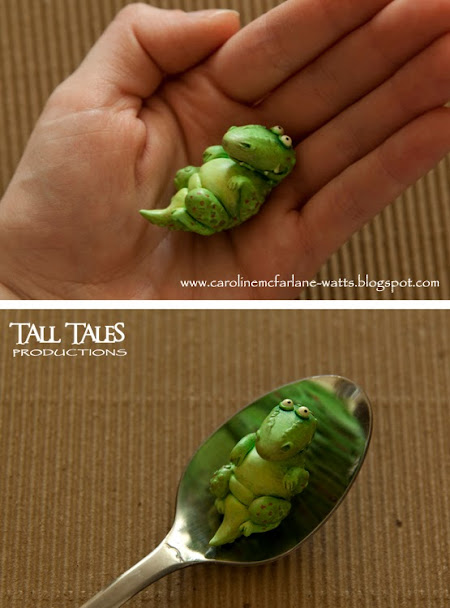 Posted by Caroline McFarlane-Watts at 16:44

ha! I love that that's the idea you came up with-Rearing baby crocodiles.

I love the dirt detail on Myrtle's overalls and boots.

She looks made of ceramic and very breakable.

I mean *Gertrude. Got carried away by Patri above me.