Don't Give up your Day Dream 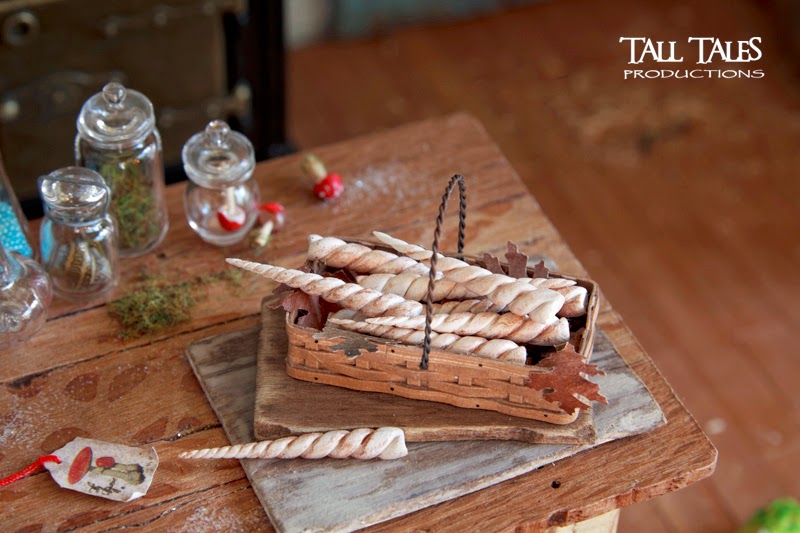 Do you know another thing I love about living in LA?! It's the fact that they do such things as host all-night outdoor fantasy screenings. Just recently I attended one. I spent a warm summer's night under the stars, drinking wine with 2000 like-minded people and watched The NeverEnding Story (1984), followed by Legend (1985), followed by The Labyrinth (1986). It ended at about 6 am! Scroll to the end of this post to see stills from these fantastic fantasy films.

The event was hosted by Cinespia, and if you're in LA are not on their mailing list then I suggest signing up. Even last Sat they showed Roman Polanski's Rosemary's Baby (1968), which is my all-time favourite horror film.

Back to the fantasy night - they actually brought a unicorn to the affair. I took a photo with my iPhone which you can see below. This all leads me to a post about unicorns... so much has been about unicorns lately, from another variant on a fairytale kitchen I had to make in miniature (with unicorn horns on the table), to watching Legend, to breathing a huge sigh of relief that Scotland is remaining part of the United Kingdom. (Info here) Did you know that the unicorn is their national beast, and that the Scottish coat of arms depicts two crowned and chained unicorns? Brilliant, isn't it? (Another link for you - John Oliver explains it). 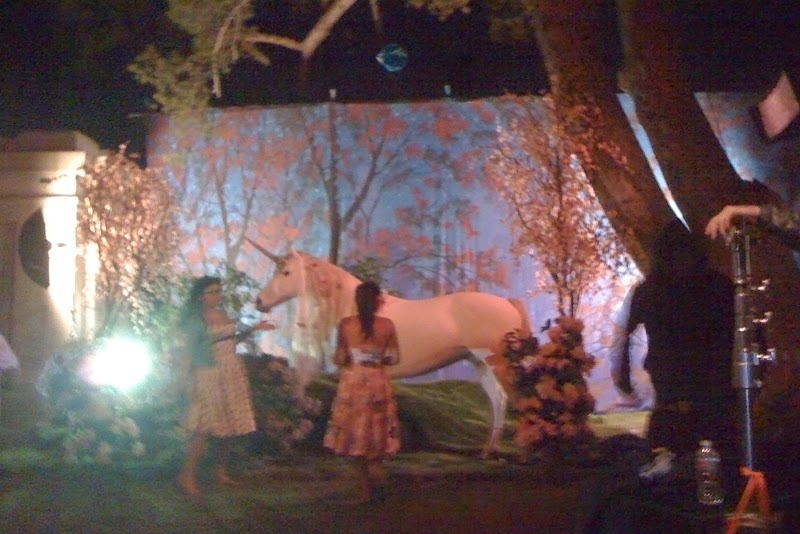 Some photos of another fairytale kitchen piece, including unicorn horns. That's my hand in one of the photos as well. Scale 1:12. 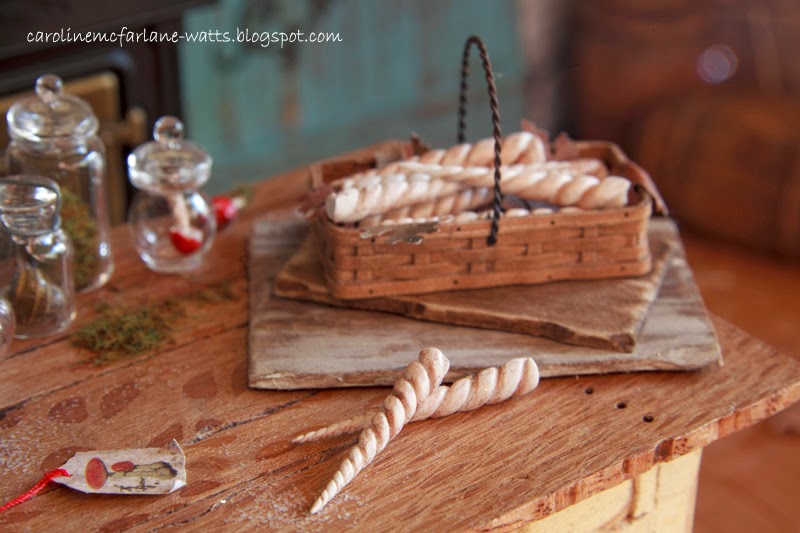 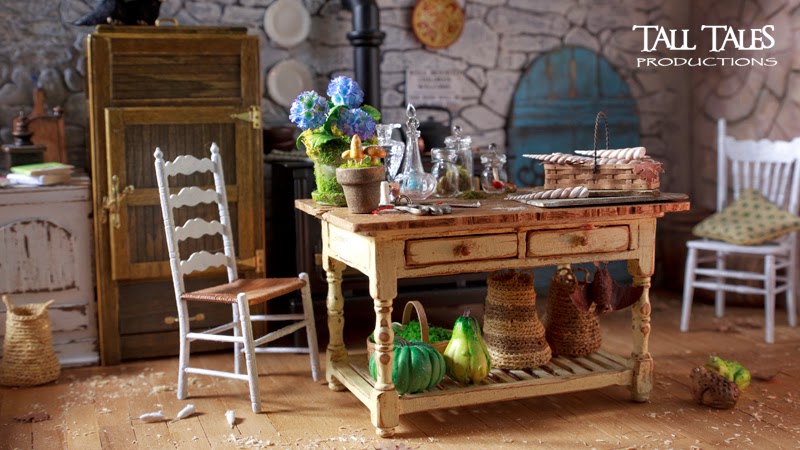 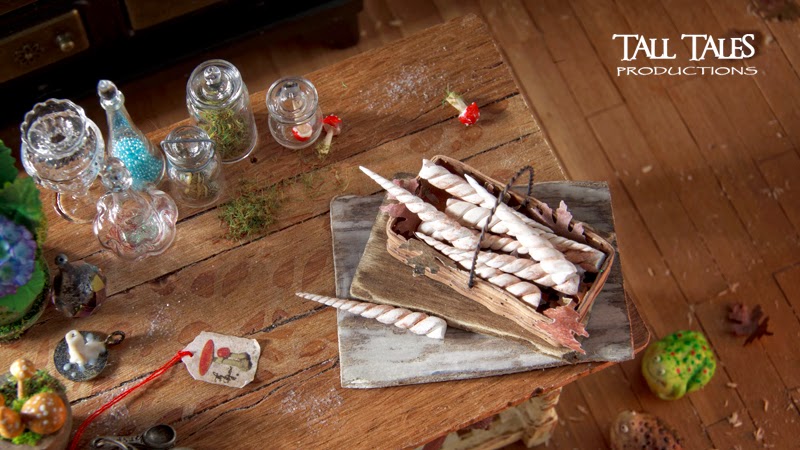 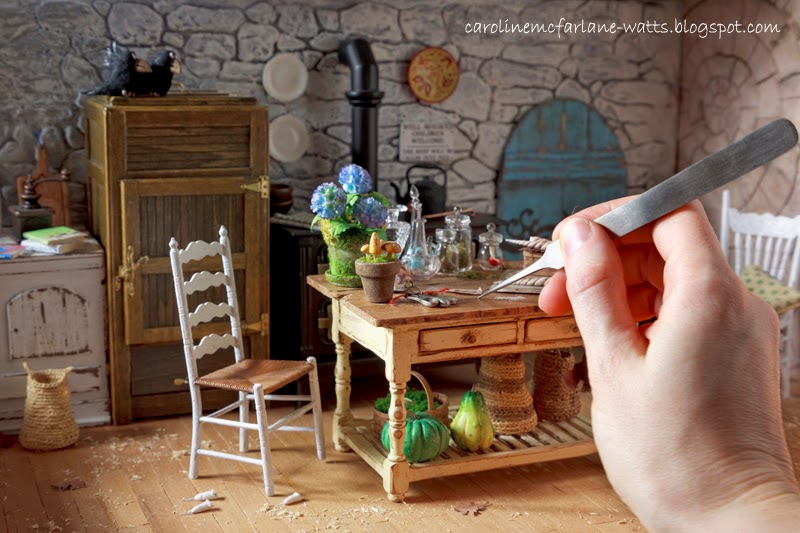 Stills from The NeverEnding Story, Legend and The Labyrinth. 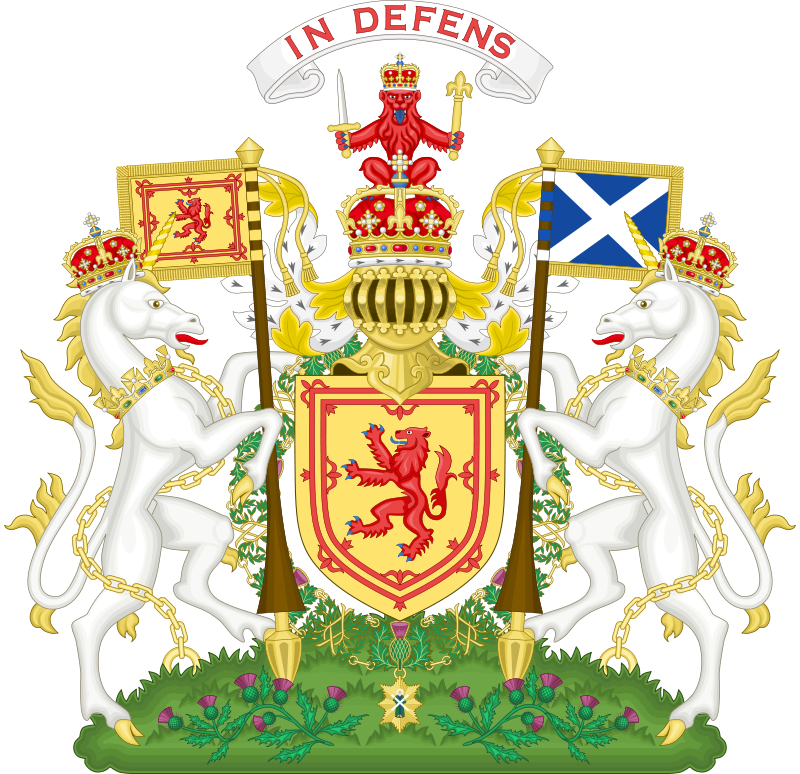 Posted by Caroline McFarlane-Watts at 15:22