A Tempest in a Beanpot 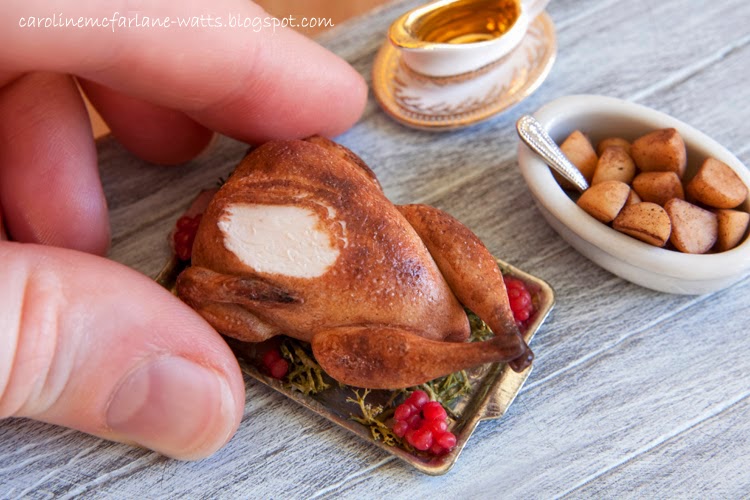 'Thanksgiving', an annual celebration which falls on the last Thursday of November has been a tradition in the United States by presidential proclamation since 1863. Like the 'Harvest Festival', which I celebrated as a child back in England, it celebrates the blessings of the agricultural year (although our Harvest celebrations are held in late September, on the Sunday of the Harvest Moon - the full moon closest to the autumn equinox, since Pagan times).

This American 'Thanksgiving' holiday is rooted in English traditions of the time of the Reformation.

Reformation? Okay, quick history lesson: In 1534 Henry VIII broke with the Catholic Church and established the Church of England. Up until this time it was the Pope that decided doctrine, all English Church taxes were paid straight to Rome, the Pope had the final word in the appointment of English bishops and so forth. A significant motivating factor for this break was the Pope's rejection of Henry VIII's request to have his first marriage annulled. Some see the break from Rome as more a political affair than a theological mission, however there were many factors that were changing the practice of Christianity across Europe (the decline of feudalism, rise of the common law and nationalism, invention of the printing press and subsequent circulation of the Bible etc etc). All of these things contributed to the wider process of European Protestant Reformation.
When England separated from the church of Rome, we changed the way we practiced Christianity and that included doing away with many Catholic holidays. Some were kept (Christmas and Easter of course), and others were replaced with various 'Days of Thanksgiving'. One of these such celebratory days has survived, and that is the annual day of Thanksgiving we've celebrated since 1606 following the failure of the Gunpowder Plot. We call it Guy Fawkes Day and it is celebrated annually on the 5th November.


Back to the point...
So why do Americans celebrate their Day of Thanksgiving at this time? The English Pilgrims and Puritans that emigrated to the new world brought with them their tradition of Days of Thanksgiving, and some records support the theory that a good harvest in Massachusetts in 1621 established this particular day of 'Thanksgiving'.

There's so much speculation about the origins of the first Thanksgiving in the United States that author James Baker calls the debate a "tempest in a beanpot" as well as "marvellous nonsense."

I leave you with a Thanksgiving scene in miniature that I was commissioned to make last year and wound up on the cover of a miniature magazine last November. (Well I had to put something artistic and/or miniature in this blog post or else you'd start to think this was a blog about history and religion! 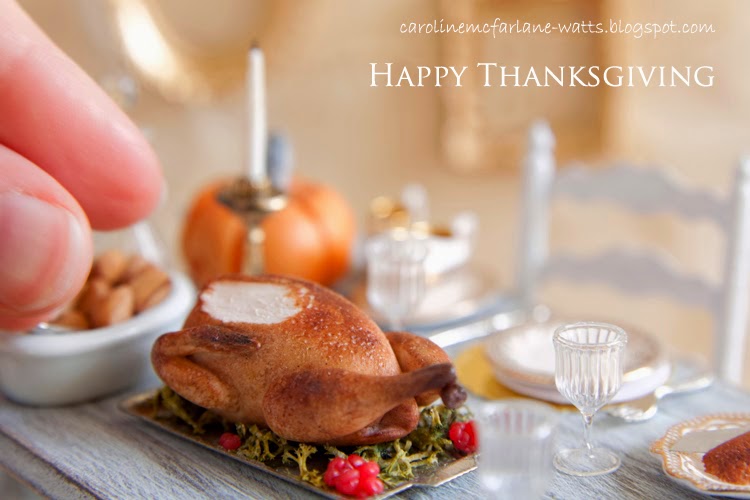 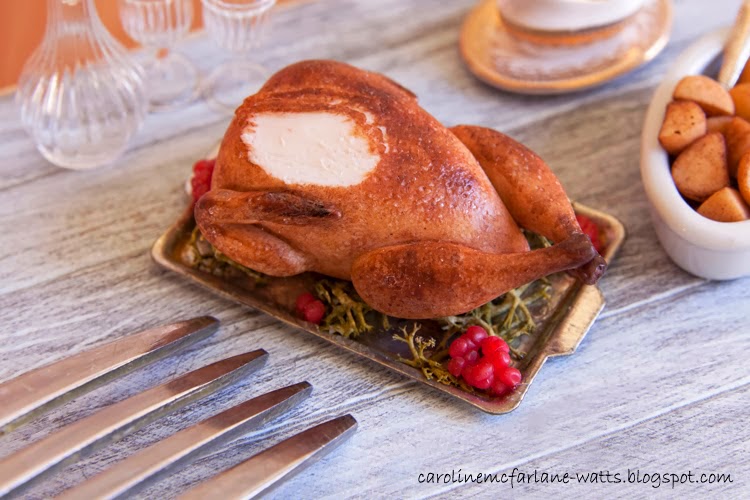 Posted by Caroline McFarlane-Watts at 15:35