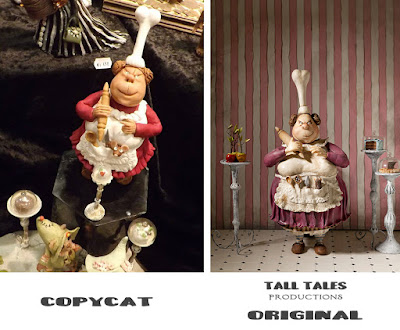 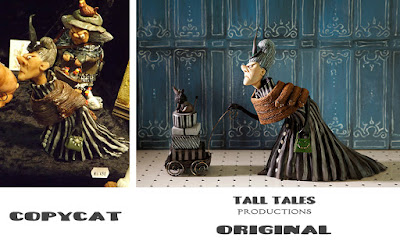 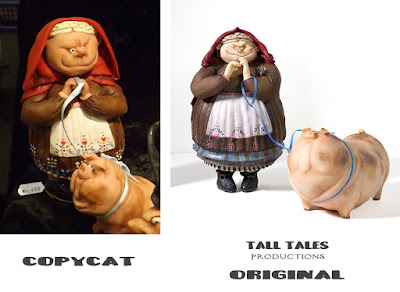 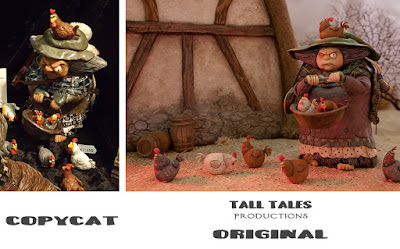 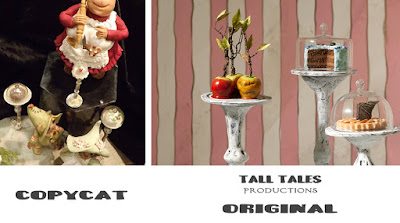 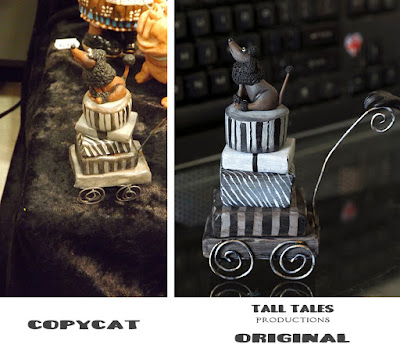 Posted by Caroline McFarlane-Watts at 15:21

OMG. This goes on all over with people stealing ideas, but this is just too much. Sorry you went through it.

Trish, who has copiers of her own.

This is terrible! Every time I hear of this happening to someone I am amazed at the arrogance and lack conscience and ethics of the person. I am so sorry to hear of this but happy it has been resolved.

LOVE everything you create as you know! :<) Can't wait to see the next one!

I'm flabbergasted! She clearly has talent. Why not create her own designs. Awful, awful, awful! xoxoxo

Well, if this makes you feel.any better at all, your work is 10x better than hers and I would have guessed you had far more experience than she. ��

I am so sorry this happened to you! I have loved seeing your work so much. Your clever way of making your characters come alive has made me grin and laugh over over. They seem to exude attitude and you have the feeling they just stopped moving long enough for you to take a picture. You are do generous sharing your techniques and processes, it's truly disheartening to hear of someone taking advantage of you. As an artist, and lately a polymer clay artist, I aspire to have my own voice some day. I know that I would like to do the same as you and other well known polymer clay artists have done, and that is sharing the techniques and thought processes in order to encourage others to find their own voice. Having seen what happened to you, it saddens me to know that I will have to keep a careful eye out for this kind of thing. I just wanted you to know that I find your characters delightful and truly appreciate the gift you have given the polymer clay community. A gift of excellence in the medium, and a hift of knowledge. I want to assure you that most of us understand that sharing your knowledge is not intended to provide us with the ability to copy your work, but instead is intended to be an example of skills and techniques that will hopefully give us the confidence to create our own special work. Again, thank you so much for your generosity.

Un-frigging-believable! To me, that is the height of deceit, dishonesty, and thievery. It's like stealing pieces of your soul and imagination for her own profit...way worse than theft of a material object. It's greedy, lazy, and despicable. I'm so glad you found out and followed up. May you never have to again! Love your art and where your imagination and creativity take me.

Dear Caroline, as I read about this 'artist' stealing your creations, I got angry! How in the world would anyone think they had a right? I'm glad you were able to stop this person. I commend your not embarrassing her. The photos clearly show your work is much better. Sorry for your troubles. I love your work. Thanks,jessica

Oh crap. She didn't even try to make these their won, she just made exact replicas. (albeit not as good as yours, that's still something, right?)
I have no words, so sorry about that for you :(

It's theft! Blatant, brazen theft. Shocking! Thank goodness for your observant fan Caroline, who brought it to your notice. I think you are being very professional not naming the thief.

Your work is unique and brings joy to us living far and wide. All the very best to you always! Xx