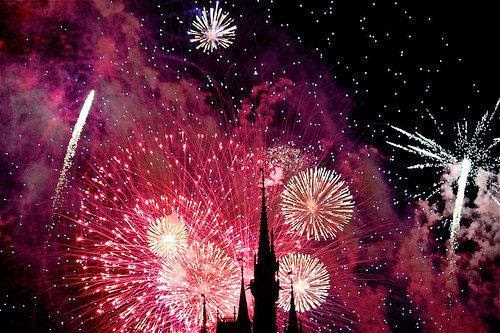 Yes, I'm a tad late (jetlag and crazy schedules shall be my excuse), still, Happy New Year all the same! Hope everyone has a successful and productive 2014.

I spent Christmas in England with family, flew back into LA just in time for what was actually my first ever NYE in LA. -Funny since I have lived on-off in America since 2009.

Just as I did at the beginning of 2013, and the beginning of 2012, I had a look back at what I did last year and condensed it into a little snapshot of images below. From re-locating to America with 9 suitcases and finding an apartment I love in Los Feliz, to traveling around California (San Francisco, San Diego, Big Sur) and a trip to the Canary Isles (off the Northwest coast of Africa), 10 more features about my work in magazines (including 3 more front cover spots), finally having the time and space to build the first large set for 'Myrtle the Witch' and working on the characters for the film. As well as continuing to sell my work in over 40 countries worldwide, I also had my miniature work commissioned for a shop in Canada and a display in Paris.
This year will hopefully be quite different. If I am ever to advance with 'Myrtle the Witch' then I need to cut back on commissions and allow myself to work at least 10 hours a week towards this film. This is my goal this year - say no to commissions (well a lot of them) and focus on Myrtle.

..... and as I say that an email received at 3 am this morning from Paris stares at me awaiting a response.... a client needs 300 miniature pieces of fruit for a museum. That's 2 months rent. No... must decline.. must work on Myrtle....! Okay, maybe just this one last big commission for the time being.

Stay on top of my progress and be involved with the short film 'Myrtle the Witch' by clicking over to 'like' the Facebook page for Tall Tales Productions.


Posted by Caroline McFarlane-Watts at 13:14

Email ThisBlogThis!Share to TwitterShare to FacebookShare to Pinterest
Labels: 2014, commissions, my life, news