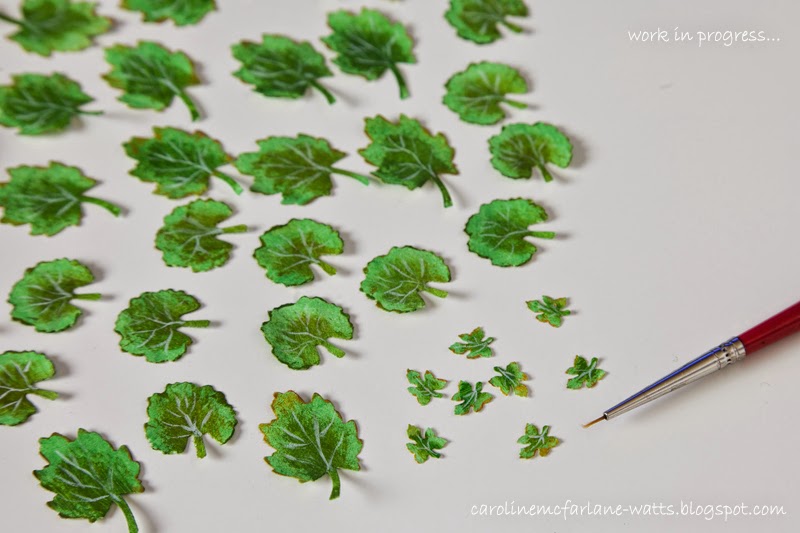 So, I've been making hundreds of leaves and completed three identical green pumpkin patches - one for an exhibition, two for sale elsewhere. Aside from that, I have been putting something together for my first appearance in a Dutch magazine, working on some other pieces (which I'll share when they're further along) and... best of all... I met director John Landis over the weekend! 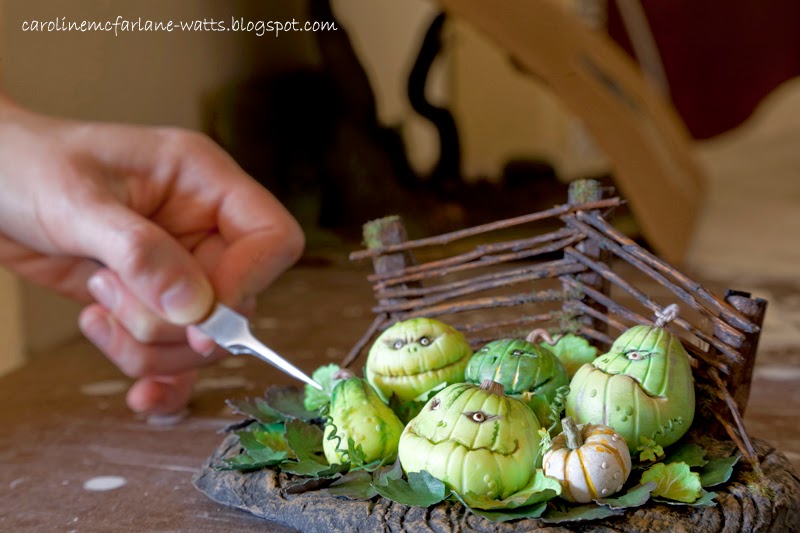 What a great time of year to meet the director of one of my all-time favourite horror films. LACMA did a screening of 'An American Werewolf in London' (a film I know so well I can quote almost every line of dialogue before the actor says it) and I was able to have a chat with John Landis himself, and his talented costume designer wife, Deborah Nadoolman Landis. It's Halloween this month and if you haven't seen 'An American Werewolf in London' (1981), then I'd make seeing it this scary season a top priority. It's hugely underrated and totally genius. Not to mention the jaw-droppingly fantastic special make-up effects by Rick Baker. It was the first film to win an Academy Award for Best Make-up (the category was created that year). 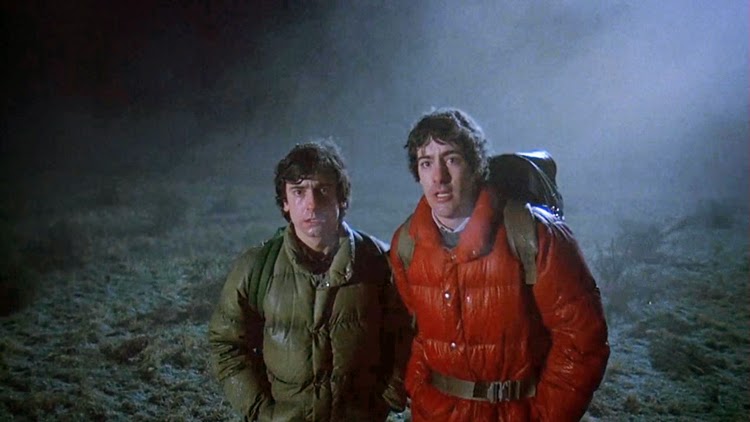 Here are some photos of leaves and the base for the pumpkin patch. The fence is willow, the base is celluclay and mixed media, and the leaves are paper. 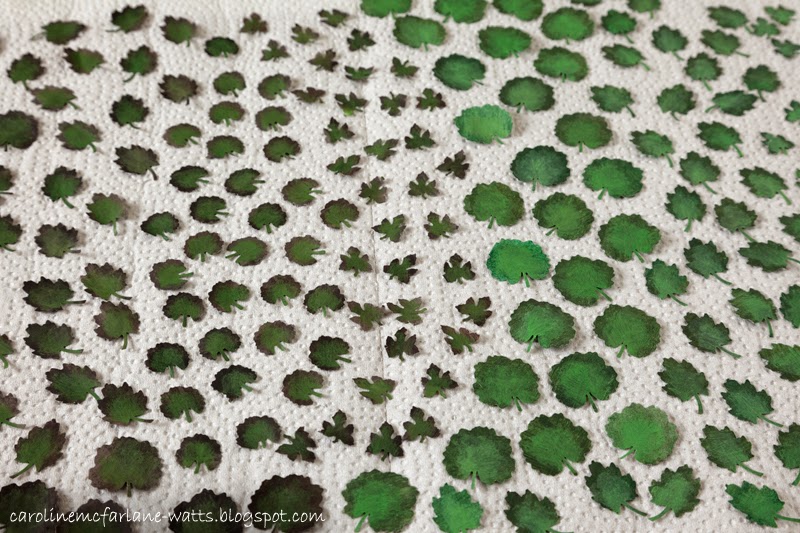 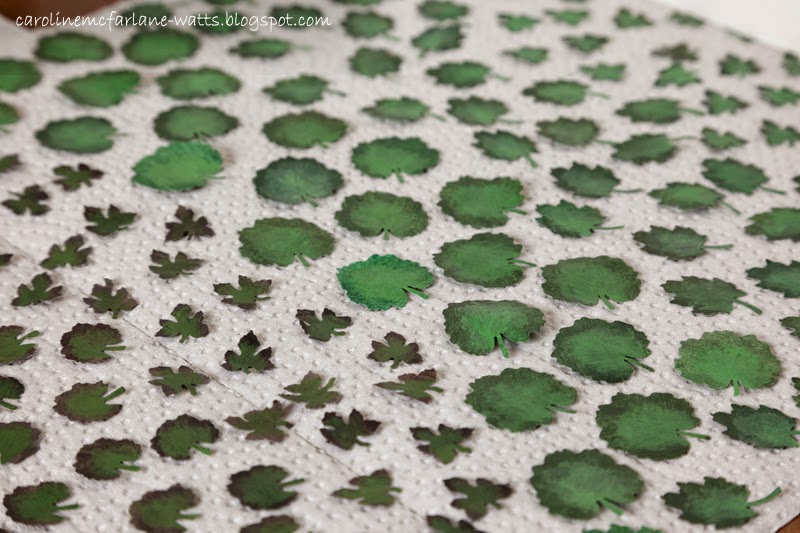 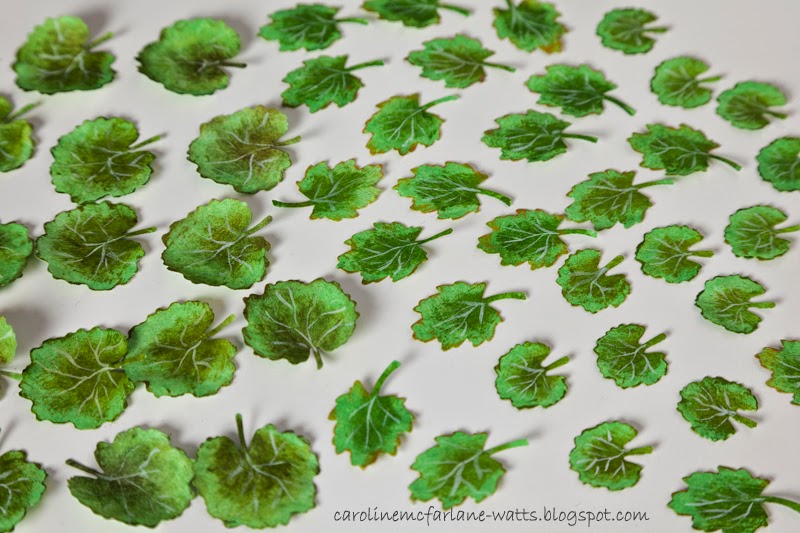 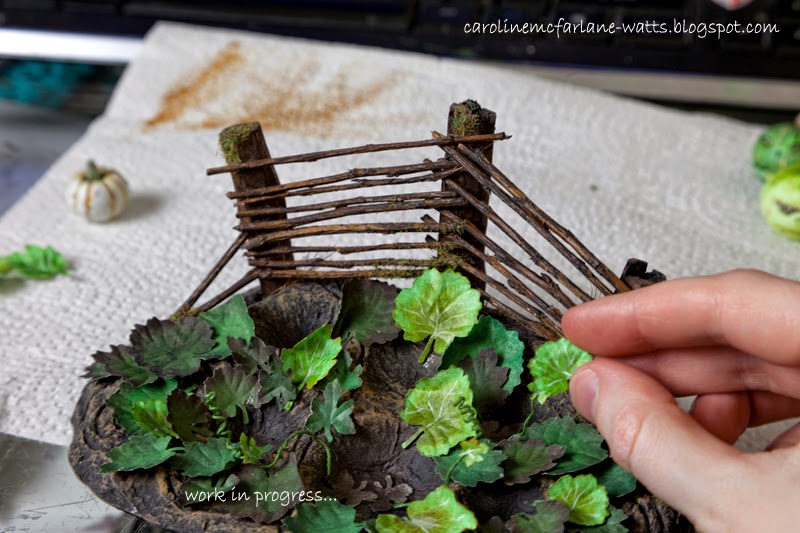 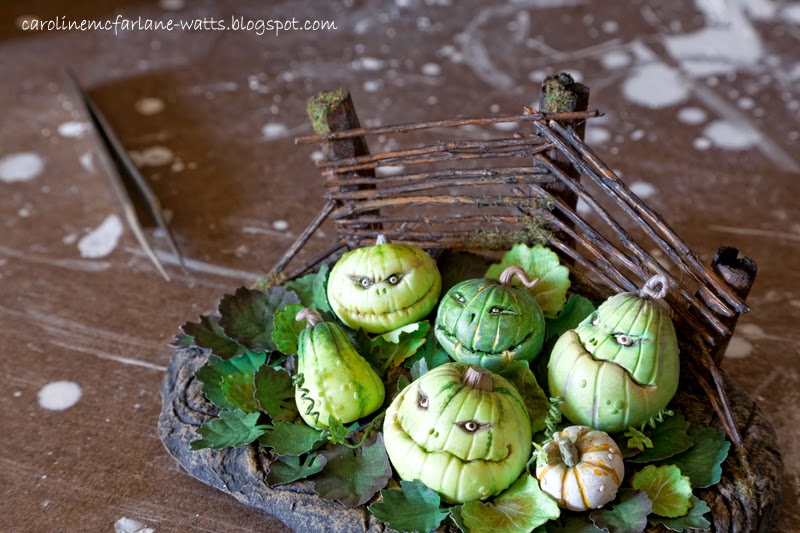 Posted by Caroline McFarlane-Watts at 16:14

Love that film too and your pumpkin patch is adorable!

Your pumpkin patch is wonderful. I
love your work!
Hugs, Drora